How Can We Reduce the Cost of an Increasingly Expensive Healthcare System? 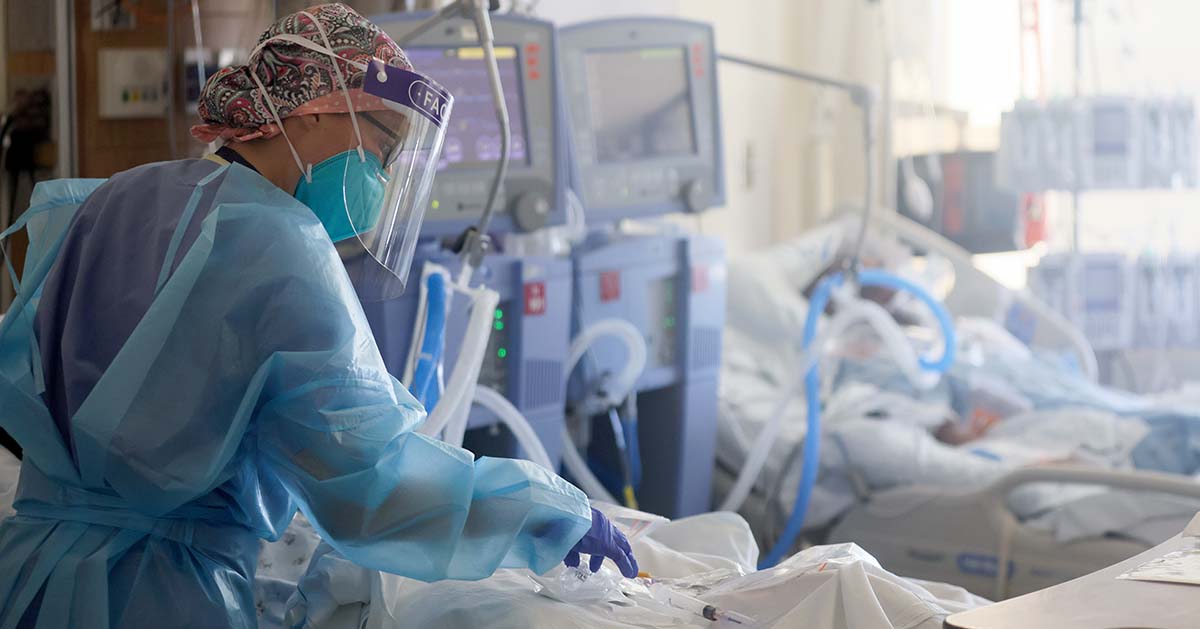 Healthcare is uniquely inefficient in the United States, as we have the most expensive system in the world, but we do not get the best outcomes. Healthcare costs have generally grown faster than the overall economy since the 1970s. The rising cost of healthcare is one of the key drivers of the country’s mounting national debt and is anticipated to continue rising, posing a threat to our economic future and the wellbeing of every American. In 2022, the Congressional Budget Office (CBO) projected that federal spending on healthcare will total $1.4 trillion in that year (5.8 percent of gross domestic product, or GDP), with annual spending estimated to grow to $6.5 trillion (8.8 percent of GDP) in 2052.

So, what can we do about it? Many ideas exist across the ideological spectrum to curb the rising cost of healthcare while improving outcomes, bringing the United States more in line with peer nations and helping to ensure access and affordability for Americans. Below is a list of innovative ideas from a range of governmental organizations, think tanks, and others about how to reduce or control healthcare spending in the United States.

On average, hospital prices in the commercial market are more than twice as high as Medicare, with some hospitals charging three or four times as much. The Committee for a Responsible Federal Budget (CRFB) proposes a policy option that would cap commercial prices at 200 percent of the Medicare rate. If implemented in 2021, that policy would have reduced total national health expenditures by over $1 trillion, cost-sharing by $99 billion, commercial premiums by $899 billion, and the federal budget deficit by $216 billion over the following 10 years.

The merging of hospitals also contributes to healthcare costs rising in the United States. In regions with hospital monopolies, prices are an average of 15 percent higher than regions with four or more hospital systems. A joint initiative between the Brookings Institution and the American Enterprise Institute (AEI) proposes that Congress should increase funding for the Federal Trade Commission (FTC) and the Department of Justice Antitrust Division in order to evaluate the tradeoff and enforce the best balance between consolidation of hospitals for efficiency and preventing consolidation for price control. The Open Markets Institute provides policy proposals covering price discrimination in healthcare, strengthening community providers, and accountability for hospital chains as solutions to rising costs.

Currently, Medicare pays 125 percent more for a service performed in a hospital outpatient department (HOPD) in comparison to a physicians’ office or surgical center. CRFB’s analysis found that site-neutral payment reform would have reduced Medicare spending by $153 billion and decreased premiums and cost-sharing by $94 billion during the 2021-2030 period. Additionally, that policy change would reduce total national health expenditures, the federal budget deficit, and private cost-sharing and premiums.

Evidence suggests that bundled payments, where a fixed payment is associated with all care for a medical episode, can decrease the cost while maintaining quality of care. The Brookings Institution and AEI suggest that bundled payments should be implemented for any care included in the Bundled Payment for Care Improvement (BPCI) initiative operated by the Center for Medicare and Medicaid Innovation (CMMI) and set at an empirically-justified level where providers are responsible for costs above this threshold.

Currently, Medicare Advantage (MA) plans are overpaid, meaning there is less incentive for innovation in quality and efficiency. CRFB proposed policies preventing overpayment, which between 2021 and 2030 would have reduced Medicare premiums by a range of $32 to $57 billion, Medicare spending by a range of $198 to $355 billion, and the federal budget deficit by a range of $207 to $373 billion. The Government Accountability Office (GAO) also provides payment reform evaluations for Medicare.

The Brookings Institution and AEI have a partnership health initiative advocating for legislating a cap at the 75th percentile for employment-based health insurance exclusions. That would allow for premiums above a threshold to be treated as income to covered workers. The CBO estimates that such a cap would reduce the 10-year deficit by $256 billion.

Enacting the Cadillac Tax would slow growing heath costs and increase government revenues — both needed measures for a sustainable fiscal future. The CBO estimated that such a tax would raise nearly $200 billion in revenues over 10 years. However, this tax has been repeatedly delayed since the enactment of Affordable Care Act, with President Trump and Congress signing a 2-year delay in 2018 before a full repeal of the tax in 2019.

Another solution is Congress setting an inflation index for health insurance cost variations where costs are tied to local market conditions. The Peterson Center on Healthcare has an initiative for a similar state-centric approach to reduce health costs: establishing cost growth targets through commissions. Under that option, if spending exceeds the cost growth target, there are consequences, such as having to fill out a plan to reduce cost growth.

The Bipartisan Policy Center reports an estimated $93 billion in excess medical care costs and $42 billion in lost productivity per year are tied to health disparities. That is largely because 80 percent of a person’s health is attributed to socioeconomic factors. The New York State Department of Health recognizes this and is using the Section 1115 Medicaid waiver to provide safe physical environments for high Medicaid users. From 2017 to 2022, the average health savings per recipient is $45,600; the department contends that expanding the use of the waiver could serve to further decrease healthcare costs.