These Eight Decisions by Lawmakers in the Last Two Years Will Add $2.3 Trillion to the National Debt 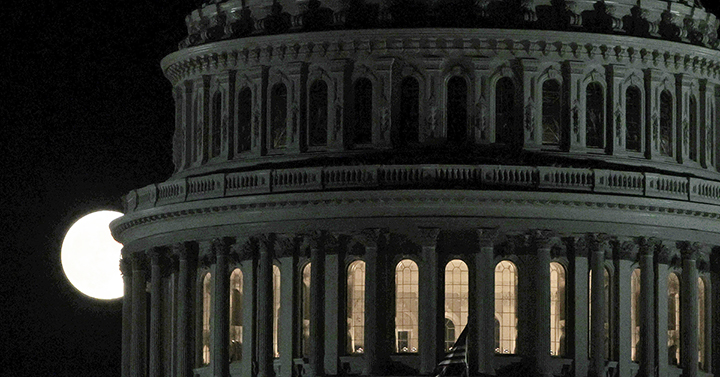 Just eight actions over the past two years will add an estimated $2.3 trillion to deficits between 2021 and 2031. A recent report by the Committee for a Responsible Federal Budget outlines these decisions, which were included in six pieces of enacted legislation and two executive actions.

Health-related executive orders addressed three areas with an estimated total cost of $175 billion over ten years, if all the rules are finalized:

The cost of the Administration’s policies on student debt relief included the postponement of student debt payments, up to $20,000 federal student debt forgiveness for millions of borrowers, and a new income-based repayment plan. However, those actions are currently awaiting Supreme Court review.

Discretionary budget for 2022 was 6 percent above the amount provided for 2021. If that additional amount is continued over the next decade, it would generate an additional $625 billion in outlays.

The Infrastructure Investment and Jobs Act was a $370 billion package of funding for investments in various transportation infrastructure such as roads and bridges, in addition to areas such as broadband, power, and water.

The Honoring Our Pact Act expanded veteran health and disability benefits for those diagnosed with health conditions related to exposure to toxic waste in the line of duty. The Congressional Budget Office estimates that the act will add costs of $280 billion over the next decade.

The U.S. Department of Agriculture revised its Thrifty Food Plan, which is used to calculate Supplemental Nutrition Assistance Program (SNAP) benefits; those revisions resulted in a 21 percent increase in the reference plan’s cost, thereby boosting spending over the 10-year period by $185 billion.

Since the onset of the war in Ukraine in February 2022, the Congress has approved $55 billion in spending to support military and humanitarian aid.

With gross federal debt recently reaching $31 trillion it is more important now than ever for our policy makers to redirect their focus to more sustainable spending and borrowing practices. Looking ahead, our debt is projected to grow rapidly due to a structural mismatch between spending and revenue. The good news is that there are many available options for lawmakers to decrease spending, increase revenues, or a combination of both in order to close that gap and put our nation on a stronger fiscal and economic path. With continued inflation and a looming risk of recession, it’s more important than ever for our leaders to make fiscally responsible decisions.


Related: 8 Charts That Show How We Failed to Fix Our Fiscal Outlook This Year