What is the impact of inflation and rising interest rates on our nation’s fiscal outlook?

Low inflation generates economic stability and moderate interest rates, creating a more favorable fiscal backdrop. High inflation breeds instability, raising the risk of both higher interest rates and recession. The Congressional Budget Office is now projecting a rapid deterioration in the fiscal outlook, expecting net interest spending to more than double from 1.6 percent of GDP in 2022 to 3.3 percent of GDP in 2032. In nominal terms, net interest spending will triple from $400 billion a year in 2022 to $1.2 trillion a year in 2032. Much of this upward trend comes from persistently large budget deficits, but a meaningful part of the increase is due to higher inflation and interest rates. Between February 2021 and May 2022, CBO raised its projected net interest outlays over the 2022 to 2031 period by $2.5 trillion because of changes in projected interest rates and inflation.1

This deterioration in the current fiscal outlook may come as a surprise to those familiar with the story of how inflation helped lower the debt to GDP ratio after World War II. From 1945 to 1951, the debt to GDP ratio fell from 115 percent to 75 percent. But there were critical differences between the post-World War era and now. From 1947 to 1951, the federal government ran a surplus that averaged just over 1 percent of GDP while the nominal economy grew rapidly on average despite a brief recession. Today, the government is expected to run deficits that average 5 percent of GDP over the next decade. The second major difference is that the Federal Reserve capped the 10-year interest rate at 2 ½ percent for six years after the war as monetary policy was effectively run by the Treasury Department. The government and the American people were more tolerant of higher inflation — which reached 10 percent in 1948 — after years of price controls during the war. Eventually the mood shifted, and the Federal Reserve reclaimed its authority over monetary policy, ending the cap on interest rates and bringing inflation down rapidly after the Korean War.

How should fiscal policy be used in this period of high inflation?

In the current economic cycle, fiscal policy had a bigger impact on inflation than monetary policy. Inflation accelerated in the U.S. a year after the pandemic and a year before the war in Ukraine; it started almost immediately after $3 trillion of fiscal expansion was passed by Congress over December 2020 to March 2021. If a person decides to eat 4,000 calories in a day, it is the last 2,000 that leads to weight gain. The same principle held true with the pandemic fiscal expansion — the first $3 trillion was necessary but the second $3 trillion was inflationary as rigid supply chains could not handle a 25 percent of GDP fiscal impulse.

One very unpopular way to reverse inflation would be to undo the fiscal support by taxing the lower and middle classes, which are sensitive to changes in income. Aggregate demand would drop immediately as would the rate of inflation. While this sounds politically perilous, the same process is happening simply by letting inflation run unchecked. The fall in real income over the last year has clawed back 35 percent of the income gains generated by the fiscal expansion. The economy is, in effect, doing what politicians cannot do — reversing the excessive income gains from the fiscal expansion by imposing an inflation tax.

A better approach would be to use the current period of excess demand to introduce a deficit reduction bill. The contractionary economic effect of a deficit reduction bill is front loaded. In other words, a long-term deficit reduction bill could be introduced today, when some cooling of demand is needed, without any economic sacrifice. (The recently passed Inflation Reduction Act has a negligible amount of deficit reduction over the next five years.) Without action by Congress to reduce demand, the Fed will be left to do the heavy lifting. Relying on the Federal Reserve alone is a policy decision to clobber the housing market, which is most affected by a change in interest rates. The Federal Reserve’s new anti-inflation policy has already raised mortgage rates over 5 percent, stalling housing sales and making it difficult for first-time buyers to enter the market.

Fiscal and monetary policy work best together. Monetary policy affects financial conditions and the level of bank reserves while fiscal policy can put money directly in or take money directly out of people’s pockets. Without fiscal policy as a tool to fight inflation, the federal government is working with one hand tied behind its back. The Federal Reserve, acting alone, is in fact attempting to increase the number of people without a job (expecting the unemployment rate to increase from 3.5 percent to 4.1 percent under its latest projection). The Fed is hoping to slow wage growth and spending indirectly. Fiscal policy can slow spending directly by raising taxes or reducing government direct payments without necessarily having the intermediate step of raising the unemployment rate. Modest upfront fiscal contraction would reduce the cumulative amount of monetary tightening necessary, improving the odds of avoiding recession. Of course, any action to reduce inflation is riddled with risk; the best policy would have been to avoid inflation in the first place.

2 How Changes in Economic Conditions Might Affect the Federal Budget, CBO, June 2022. 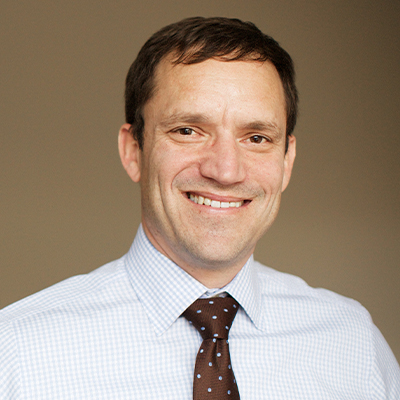 Marc Sumerlin is Managing Partner at Evenflow Macro, a global macroeconomic consulting firm he founded in 2013. He is a member of U.S. Treasury’s Financial Research Advisory Committee, which is tasked with identifying significant financial risks. From 2003 to 2012, he served as Managing Director and co-founder of the Lindsey Group, during which time he testified before the Congressional Oversight Panel on the origins of the financial crisis; he also traveled extensively to Japan, China, and Europe. From 2001 to 2002, he served as Deputy Assistant to the President for Economic Policy and Deputy Director of the National Economic Council. In that capacity, he helped President George W. Bush develop and implement his economic agenda. He also worked as an economic policy advisor for the George W. Bush for President campaign, after starting his career at the U.S. Senate Budget Committee. Sumerlin holds a master's degree in applied economics from Johns Hopkins University and a master's degree in public policy from Duke University, where he was a Senator Jacob Javits Fellow. He graduated magna cum laude from Georgetown University. He serves on the Board of Governors at the Johns Hopkins Wilmer Eye Institute.