The U.S. fiscal outlook has deteriorated sharply. Massive fiscal stimulus packages designed to support activity during the pandemic, drove up the amount of federal debt held by the public to 100 percent of GDP last year, from 35 percent of GDP in 2007. Moreover, despite a strong economic recovery that has pushed the U.S. economy to an unusually high degree of resource utilization, budget deficits remain large, with the Congressional Budget Office currently projecting a fiscal 2022 deficit at $1.0 trillion or 3.9 percent of GDP. Although high inflation will push down the debt-to-GDP ratio this year, this improvement is likely to be short-lived. The Fed is tightening monetary policy in order to push inflation lower. The rise in interest rates and slowdown in nominal GDP growth will soon push the federal debt-to-GDP ratio higher. The CBO projects that the federal debt-to-GDP ratio will rise to 110 percent of GDP by 2032.1

Despite a series of fiscal stimulus packages that exceeded $5 trillion over the past few years in response to the Covid pandemic, the consequences have barely registered in terms of higher interest rates or debt service costs. The bond market vigilantes of the early 1990s are nowhere in evidence. And, rather than shunning U.S. financial assets, the demand of foreign investors for U.S. dollar assets has strengthened, pushing the U.S. dollar sharply higher.

In recent years, the fiscal picture has been flattered by several positive factors.

First, on an inflation-adjusted basis, interest rates have been extraordinarily low over the past decade. For example, as recently as March 2022, 10-year Treasury Inflation-Protected Securities (TIPS) yields were -1 percent.

Inflation-adjusted yields have been depressed by the so-called “savings glut” and a monetary policy that has been, until very recently, extraordinarily accommodative. The global savings glut was caused by a several factors, including demographic trends, rising income inequality, low productivity growth, and the growing weight of China — a high saving country — in the global economy.

Second, the economy and financial asset markets evolved in ways that flattered fiscal outcomes in a number of important ways. For example, an accommodative monetary policy and the sharp decline in bond yields has generated a sustained bull market in U.S. equity prices. This has generated a temporary surge in capital gains tax receipts, far above what is likely to prove sustainable over the longer-term. Similarly, an accommodative monetary policy has pushed the U.S. economy to an extraordinarily high level of resource utilization. In June, the unemployment rate was 3.6 percent — close to the lowest reading in the post-war period, and the ratio of unfilled jobs to unemployed workers in May was 1.9, compared to 1.2 in February 2020, just prior to the pandemic. To put this in context, Fed Chairman Jerome Powell has indicated that a ratio of 1 to 1 would be desirable.

Looking forward, all these factors will soon be running in reverse. Interest rates will move higher as the Federal Reserve continues to tighten monetary policy and this will drive up debt service costs. Nominal GDP growth will slow as the Fed pushes inflation lower, and entitlement spending will rise sharply as the baby boom generation retires in much greater numbers. The CBO estimates that spending on Social Security and the major health care programs such as Medicaid and Medicare will climb to about 12.7 percent of GDP in 2032 from 10.7 percent in 2022.

In addition, the broad factors that led to the global saving glut may have abated. The momentum towards globalization and economic integration has already reversed. Supply chain disruptions and increased geopolitical tensions between the United States and China are leading to greater investment in supply chain resiliency and diversity. The Ukraine-Russia war is causing a sharp shift in regional energy demand and supply and a push for greater energy independence. Finally, the climate change threat is provoking a massive investment wave in renewable energy and a rapid shift towards electric vehicles. At the same time, the U.S. saving rate may fall on a secular basis as the baby boom generation moves from high income, working age to lower income, retirement. The consequence may be a sustained rise in real interest rates.

The most noteworthy development will be the sharp increase in debt service costs. Recent projections by the CBO anticipate that debt service costs will rise from about 1.6 percent of GDP in 2022 to 3.3 percent of GDP in 2032. And, recent developments suggest these projections may be overly optimistic. Interest rates are already well above the CBO’s May projection. Moreover, the CBO does not forecast a recession over the next decade, when, in fact, a recession is highly likely with the next year or two. If such a downturn occurs, the budget deficit is likely to rise far above the CBO’s current projections.

Although higher interest rates on outstanding Treasury debt held by the public will play a major role in the rise in debt service costs, the consequences of the Fed’s quantitative easing program also merit attention. For 2 years, the Fed engaged in large-scale asset purchases, sharply increasing its holdings of Treasury securities and agency mortgage-backed securities. Because the yield on such securities was considerably higher than the cost of the Fed’s liabilities (close to zero), as the Fed’s balance sheet grew, so did the Federal Reserve’s net income. This ultimately benefitted the U.S. Treasury, when the Fed passed along its net profits after paying for its operating expenses. In 2021, the Federal Reserve net interest income totaled $114.8 billion and it remitted a total of $109.0 billion to the Treasury.

In contrast, in 2023, the Fed’s net interest income earnings are likely to turn negative as the Fed raises the interest rate it pays on bank reserves and this drives up the cost of its liabilities above the average return on its assets. By itself, this swing could drive up the Treasury’s external funding needs next year by about 0.4 percent of GDP.2

What should be done before financial market participants start to worry about the sustainability of the U.S. government’s finances? Waiting is not a good strategy as it would ultimately lead to a vicious cycle of higher interest rates and debt service costs and a weaker dollar.

As I see it, there are a number of fundamental changes to U.S. fiscal policy that are needed. First, the nation’s automatic fiscal stabilizers that support the economy when recessions occur and unemployment climbs should be strengthened. If households and businesses knew that fiscal policy would automatically become much more expansive during economic downturns, this would reduce the risk of a deep recession and the precautionary behavior such fears might engender. Households would be less likely to reduce their spending and businesses would be less likely to lay off workers if they thought the magnitude and duration of a downturn would be limited. Such insurance, in itself, could help reduce the severity of future economic downturns.

There are many ways this could be structured. For example, payroll taxes could be temporarily reduced when the unemployment rate rose beyond some threshold or unemployment compensation benefits could be increased and the period of eligibility lengthened. Strengthened automatic fiscal stabilizers would enable fiscal stimulus to arrive in a more predictable and efficient manner.3

Second, when extraordinary events occur and automatic fiscal stabilizers need to be augmented by discretionary measures, it is important that such measures are fit for purpose. Much of the fiscal stimulus enacted during the pandemic failed this test. The fiscal stimulus was too large and poorly targeted to best aid those most adversely affected by the pandemic. The U.S. economy has overheated, in part, because a series of government checks were distributed to households and businesses regardless of whether the support was truly needed. Greater means-testing would enable fiscal stimulus measures to be smaller and more efficient.

Third, politicians and legislators should reiterate their support for the Fed’s independence in how it implements monetary policy to achieve its employment and inflation objectives. One risk in coming years is whether higher, chronic budget deficits will increase the political pressure on the U.S. central bank to monetize the debt via higher inflation. Making it clear that there is no appetite for “fiscal dominance” would help keep bond risk premia low and limit the government’s long-term funding costs.

Fourth, federal budget accounting should be modified to distinguish between current expenditures and transfer payments versus non-defense capital expenditures. Federal budget expenditures on infrastructure, education, and research and development can raise productivity growth and expand the capacity of the U.S. economy. Because a larger economy, in turn, generates more tax revenue, such expenditures can, over the long-term, be partially or fully self-funding.

Fifth, steps should be taken to support the U.S. Treasury market. As debt levels continue to increase, the capacity of the existing regime to efficiently distribute and trade such securities may become challenged (as it was in spring of 2020 during the onset of the coronavirus pandemic). If that occurred, illiquidity premia would rise, pushing up Treasury yields and the federal government’s debt service costs. Moreover, because the U.S. Treasury market is a key benchmark for other markets, disruption would have broader, negative implications for financial asset prices.

A number of reforms could make the Treasury market more resilient. As detailed in a recent report by the G30 Group, these include4:

Some advocate using fiscal policy as a means to combat high inflation. While fiscal policy stimulus was undoubtedly a factor behind the surge in inflation, that doesn’t mean that fiscal policy should now be tightened further. Fiscal policy is already exerting significant restraint on overall economic activity. According to the Hutchins Center of the Brookings Institute, fiscal drag will be about 3 percent of GDP in 2022. In addition, it is difficult for fiscal policy to be nimble in responding to macroeconomic developments. If fiscal policy were tightened further over the next year, this might just exacerbate an economic downturn rather than being helpful in reducing inflation. Finally, fiscal policy choices are complex and are highly political. Enacting a fiscal program that is well-suited to the current environment seems well beyond the capacity of a sharply divided U.S. Congress.

2 See “Open Market Operations During 2021," the Markets Group of the Federal Reserve Bank of New York, May 2022.

3 For more details on how this might work, please see “Direct Stimulus Payments to Individual," Claudia Sahm, Brookings Institution, May 16, 2019. 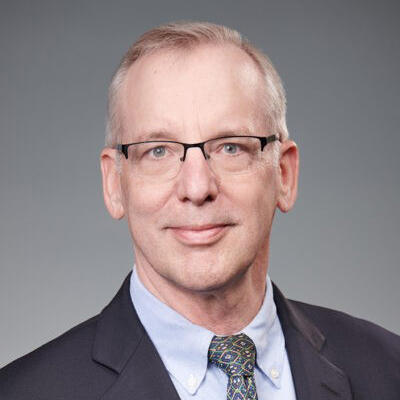