The U.S. is on track to set a new record, but not one worth celebrating. Within a decade, debt as a share of national output soon will reach a historic high on its way to a decades-long climb skyward.

The Congressional Budget Office expects debt as a percentage of GDP to begin rising in 2024, blow past its World War II record high of 106 percent by 2031, and continue to climb. By 2052, the federal debt could reach 185 percent of GDP.

The driver of all this growth is the accumulation of ever-increasing deficits driven by higher financing costs.

To be clear, federal debt is bad. High debt as a share of GDP has well-documented consequences, including fiscal instability and the loss of investor confidence. It can trigger a destructive spiral of fiscal weakness, rising rates, greater debt burden, and higher inflation.

We could be entering such a cycle now. Global shocks are likely to have a more persistent effect on inflation than they’ve had in the past and disinflationary forces are losing their mojo.

Globalization, once an uncontested and popular tool for advanced economies, has been hobbled by the coronavirus pandemic. Also at risk are the labor-enhancing benefits of immigration and just-in-time sources of inputs.

Finally, the country’s aging population and the disinflationary effects of older Americans’ softer demand for goods and services has been overwhelmed by burgeoning demand for government entitlements including Social Security, Medicare, and Medicaid.

The last two years have delivered more than their share of global surprises: A pandemic, war, unease in China, and extreme weather events have disrupted the supply of labor and materials.

It’s hard to imagine a future without more of the same. But the next time around, we’ll have the added burden of rising debt and growing deficits as the consequences of monetary policy reverberate. Higher rates might temper inflation, but could trigger fiscal crisis in our future rate-sensitive, debt-ridden economy.

The scale of the nation’s debt will make the fiscal health of the country captive to even small rate changes.

In a future world of surprises, shocks to the system will land harder. Pandemics, conflict, extreme weather and other turmoil require heavy spending and extreme monetary stimulus.

Enter fiscal policy. In an economy laden with escalating debt and episodic or persistent inflation, the role of fiscal policy becomes even more important. Done right, government spending and tax policy can make the economy more productive by growing the size of the workforce and nudging that workforce to be more productive.

While the current economy shows strong demand for workers, labor supply is weakening, with a smaller percentage of the population participating in the labor force now than before the pandemic. Those sidelined workers helped drive the unemployment rate to a 50-year low of 3.5 percent and have kept wage growth rising above a healthy 5 percent clip, 2 percentage points higher than before the pandemic.

If wage growth continues to accelerate, the Federal Reserve could have a tougher time reining in inflation as employers attempt to boost prices to cover higher labor costs.

Over the last year, the cost of a unit of labor increased 9.5 percent, the largest jump since 1982. In contrast, productivity has slumped. In the first quarter, output per worker fell 7.3 percent, the biggest drop since 1947. People worked 2.3 percent more hours and delivered 5.4 percent less output.

The slump continued in the second quarter, with productivity falling 4.6 percent. Output was down 2.1 percent even though hours worked increased 2.6 percent.

In the 10 years of expansion leading up to the pandemic, productivity growth slowed from an average 2.1 percent historically to 1.3 percent. It’s now stagnant, averaging -0.4 percent over the last four quarters.

The effects of low productivity on national output magnifies the impact of the burgeoning federal debt. In this scenario, don’t count on the economy growing its way out of high debt-to-GDP ratios like it did in the super-charged months after the pandemic, when productivity gains spiked — briefly — by more than 3 percent, or the way it did after World War II, the last time the economy was able to quickly reduce soaring debt-to-GDP with productivity growth.

The Inflation Reduction Act, by design or coincidence, hints at a fiscal future in which government spending tempers price growth by increasing the scale and capacity of the workforce.

The spending plan doesn’t wield a heavy tax sword to slash debt. It requires corporations to pay a minimum tax rate of 15 percent to offset new spending, imposes a tax on stock buybacks, and boosts the enforcement budget of the Internal Revenue Service, for a combined $420 billion in new tax revenue.

Instead, it focuses on increased spending. The new law invests $437 billion toward renewable energy and price controls on prescription drugs.

If Congress is willing to take steps like these, then I suggest a giant leap in two more directions that would help grow the economy out of debt and control inflation: Increase the size of the workforce and make that workforce more productive.

Here are two ways Congress could accomplish those goals.

Give a lift to residential construction. Housing has been chronically undersupplied for nearly a decade. While interest rates might cool demand in the short term, millennials have hit peak homebuying age. The demographic tailwind for housing and homeownership will remain strong.

At the same time, the national housing stock is aging. The median age of owner-occupied homes is 39 years, according to the latest data from the 2019 American Community Survey. That’s down from 31 years in 2005. The country needs to build about 450,000 new units every year just to replace obsolete housing stock.

Yet, national policies to address housing’s affordability challenges are nonexistent, a casualty of the political fallout of the financial crisis, when Wall Street opportunists seduced homebuyers into buying mortgages they couldn’t sustain.

Absent a national housing policy, home building is regulated by city and county politicians who have little incentive to increase building density.

This matters, because housing and shelter costs account for 40 percent of inflation, after volatile food and energy prices are removed. Even slightly higher interest rates can make housing less affordable by limiting new construction and curtailing the supply of existing homes for sale as homeowners with low mortgage rates hang on to their properties instead of trading up or down.

The housing affordability crisis also affects the geographic distribution of labor. As my colleague Issi Romem and I wrote in July the geographic divergence in wage growth between high and low earners affects where people live. From World War II to the 1980s and 1990s, wages in today’s expensive coastal cities were sufficiently higher at all income levels to compensate for the higher cost of housing. Since then, however, the fortunes of workers have diverged according to their level of education.

Our research shows that even middle-income, white-collar workers are struggling to keep up with higher housing costs in coastal cities. While the adoption of remote work helps knowledge workers, most jobs, particularly those critical to the social fabric, such as teachers and health care professionals, can’t be done remotely.

Without a national housing policy to increase the supply of affordable housing, especially in expensive cities, our strongest economic hubs are at risk of dysfunction brought by a shortage of labor.

Use technology to boost productivity. Artificial intelligence, machine learning and other technologies promise to reduce prices and lower employer costs. But if they’re managed poorly, these technologies also threaten to reduce the size of the workforce even more.

Ideally, artificial intelligence and machine learning should boost both worker demand and supply. Employers would demand more of a highly productive workforce that increases profit margins. Workers would benefit from their productivity through higher wages and a better quality of life.

But one doesn’t need to look too far in the future to realize that that’s not the direction AI adoption is heading. New technologies often target currently plentiful jobs that, at least in theory, can be easily automated. Post Covid, with labor shortages still acute, employers are incentivized to invest in labor-saving rather than labor-enhancing technologies.

Labor-saving technologies might be great for workers in knowledge-based roles, allowing them to focus on the creative and strategic rather than the rote and boring.

However, just as housing shortages erode housing affordability, labor-saving can erode job prospects for workers who operate outside the highly educated strata of the knowledge-based economy.

On net, these two trends, one rooted in housing’s past disequilibrium and one reaching to AI’s future inequality, are likely to lead to a geographically concentrated and smaller workforce.

Fiscal policy is needed to restore balance in these lopsided markets. A national housing policy that invests in more and better buildings increases the supply of affordable housing in expensive economic hubs. That, in turn, can make labor markets more robust and dynamic.

Workers would no longer need to avoid — or flee — job-rich regions because of the high cost of living. And a jobs policy that incentivizes companies to invest in labor-enhancing technology can prepare the workforce for the modern labor market while boosting output and growth.

In this future, debt is tackled with tax revenue from a larger, geographically dispersed, and more productive base of workers and employers. 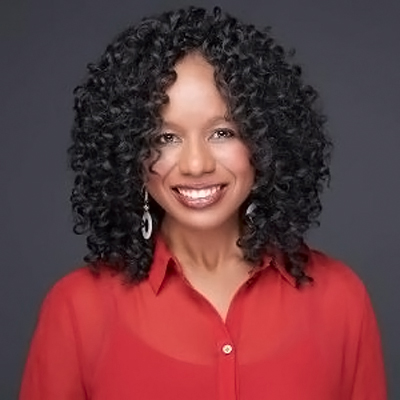 Nela Richardson joined ADP as Chief Economist in November of 2020. Nela is the co-head of the ADP Research Institute and leads economic research for ADP. Previously she was Principal and Investment Strategist at Edward Jones, a financial services firm. In that role, Nela analyzed and interpreted economic trends and financial market conditions and recommended investment strategies. Nela is also the former chief economist at Redfin Corp., a national real estate brokerage and technology company, where she led a team of data scientists, economists and writers to track trends in the housing market. Nela also served as a senior economist for Bloomberg, L.P., covering housing and financial markets, and has held research positions at the Commodity Futures Trading Commission (CFTC), Harvard University’s Joint Center for Housing Studies and Freddie Mac. She also worked as an adjunct finance professor at the Carey School of Business at John Hopkins University. Nela earned a doctorate in economics from the University of Maryland-College Park with concentrations in financial economics, international finance and economic development. She obtained a master’s degree in economics from the University of Pennsylvania and a bachelor’s degree from Indiana University in Bloomington, where she was a triple major in mathematics, economics and philosophy. Nela regularly provides insight on the economy, real estate trends and capital markets to policymakers, consumers and media. She is a regular contributor to Marketplace from American Public Media and has frequently appeared on CNBC, Bloomberg, Fox Business CNN, Yahoo Finance, the Wall Street Journal, FORTUNE magazine, the New York Times and other national and local media. Nela serves on the foundation boards for the U.S. Chamber of Commerce and the National Association of Business Economists. She also is a member of the Bureau of Economic Analysis (BEA) Advisory Committee and the Conference of Business Economists.