The sharp pickup in U.S. inflation over the past year has posed a host of new challenges for economic policymakers. Inflation has reached levels not seen since the early 1980s and, as of late summer 2022, underlying inflation has shown no sign of slowing. Monetary policymakers have a clear mandate to use the tools at their disposal to reduce inflation to desired levels. This piece discusses the implications of high inflation for fiscal policymakers.

Even prior to the tumultuous economic events spurred by the COVID-19 pandemic, the United States was facing significant long-run fiscal challenges. With the population rapidly graying and health care costs expected to continue to outpace the general cost of living, the federal budget deficit excluding interest payments was projected to step up markedly in coming decades. With U.S. federal government debt rising ever higher, federal interest costs were projected to soar and push up federal debt yet further. In January 2020, the Congressional Budget Office projected that U.S. federal debt would rise from 81 percent of GDP in 2020 to 180 percent of GDP in 2050 under then-current federal tax and spending laws. While the U.S. government’s vigorous fiscal response to the pandemic helped to avert widespread hardship and damage to the structure of the economy, it also contributed to two years of sharply higher federal budget deficits, bringing federal debt to nearly 100 percent of GDP in 2021.

Second, a rise in inflation will affect the primary (non-interest) deficit both negatively and positively. Government spending will be higher due to larger cost-of-living adjustments in programs like Social Security as well as higher prices of goods and services purchased through other benefit programs. But, tax revenues will also increase: Although much of the tax code is indexed for inflation, some parts are not, such as the income thresholds above which taxpayers pay the net investment income tax. In addition, tax revenues associated with capital income will tend to be higher during a period of high inflation because capital income increases with inflation (even with no change in the real return) and is taxed on a nominal basis. How these effects net out is unclear, but analysis by the Congressional Budget Office suggests that net changes in the primary deficit induced by higher inflation may be small.

Third, the higher growth in nominal GDP that comes with higher inflation will help the fiscal outlook because it raises the level of nominal GDP over time, making it easier for the government to shoulder the burden of any given nominal government debt. This effect is significant and tends to dominate higher interest costs and any changes in the primary deficit. Indeed, the increase in nominal GDP associated with the 2021-2022 surge in inflation is the key reason why the budget outlook issued by CBO in July 2022 showed a projected ratio of debt to GDP for next year that is about 3 percentage points lower than the projection done a year earlier.

However, all else may not be equal in this period of high inflation — in ways that could darken the fiscal outlook. One concern is how the efforts of monetary policymakers to bring inflation back to a desirable level affect the performance of the economy. The Federal Reserve is shifting monetary policy from the highly supportive stance it maintained through early 2022 toward a restrictive stance, with the Federal Open Market Committee raising the federal funds rate at each of its meetings since March and putting its “quantitative easing” program into reverse in June. This reduction in monetary support will tighten financial conditions broadly — by spurring increases in borrowing rates, declines in asset prices, and a stronger dollar — and, in turn, reduce inflationary pressures by softening aggregate demand for U.S. goods and services relative to what the economy can produce on a sustainable basis.

The crucial question is whether the U.S. economy to experience a “soft landing,” in which demand is curbed moderately and inflation subsides to the Federal Reserve’s target without a recession. Demand for goods and services lost considerable momentum in the spring and summer of 2022, with consumer spending slowing and housing activity showing a marked pullback. However, the labor market remains very tight, with the unemployment rate touching the bottom of its range over the last half-century. Moreover, neither wage growth nor measures of underlying price inflation have shown any signs of a meaningful slowing. A soft landing may still be possible. But the longer that inflation remains high, the more likely it is that higher inflation becomes self-sustaining through higher expectations of wage and price growth, requiring the Federal Reserve to tighten monetary policy much more than is currently expected. In such a scenario, a recession and an increase in primary deficits (through automatic stabilizers and any discretionary fiscal policy response) would be likely.

Besides affecting the performance of the economy, high inflation may leave a lasting imprint on the real interest rate on government debt. As emphasized recently by Olivier Blanchard, the real rate of interest, and, in particular, how that interest rate compares with the real growth rate of the economy, is the key determinant of fiscal sustainability over the long run. Real U.S. government borrowing rates fell considerably over the decades preceding the pandemic and dropped yet further in the weak economy of the early pandemic period. Tighter monetary policy will, by design, raise real interest rates for the next year or two, but the more important question for fiscal policy is what happens when monetary policy normalizes. The slow-moving forces behind the pre-pandemic downtrend in real interest rates — including demographic trends, changes in the nature of production, and increases in income inequality — show little sign of reversing and will therefore tend to keep real government borrowing rates low by historical standards. However, real government borrowing rates are unlikely to revert all the way to their pre-pandemic lows because the United States and many other countries have emerged from the pandemic period with much higher government debt. The period of unexpectedly high inflation may also contribute to higher real government borrowing rates, as it has been costly for debt holders (who are being repaid in dollars worth less than anticipated), and prospective debt holders will likely want a higher return in the future to compensate for a heightened perceived risk of inflation.

All told, the implications of high U.S. inflation for fiscal sustainability are as yet unclear. If the Federal Reserve is able to reduce inflation fairly quickly and achieve a soft landing for the economy — in line with the median expectation of FOMC members — then fiscal sustainability will be little affected. In this case, a significant challenge of bringing government spending and revenues into closer alignment remains but would be no worse than the challenge foreseen in mid-2021. But a hard landing for the economy and its negative fiscal consequences, or investor reaction that raises the real rate of interest over the longer run, could make the sustainability of government debt even more difficult to achieve. Importantly, the risks increase the longer that high inflation persists and makes these latter outcomes more likely.

High inflation should be a concern for all policymakers because of its potential to create hardship and disrupt the economy more broadly. Under our current conditions of high inflation, guiding principles are: 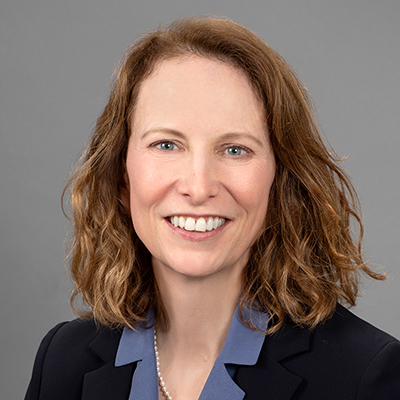 Karen Dynan is a Professor of the Practice in the Harvard University Department of Economics and at the Harvard Kennedy School. She is also a senior fellow at the Peterson Institute for International Economics. She previously served as Assistant Secretary for Economic Policy and Chief Economist at the U.S. Department of the Treasury from 2014 to 2017. From 2009 to 2013, Dynan was vice president and co-director of the Economic Studies program at the Brookings Institution. Before that, she was on the staff of the Federal Reserve Board, leading work in macroeconomic forecasting, household finances, and the Fed’s response to the financial crisis. Dynan has also served as a senior economist at the White House Council of Economic Advisers (2003-2004) and as a visiting assistant professor at Johns Hopkins University (1998). Her current research focuses on fiscal and other types of macroeconomic policy, consumer behavior, and household finances. Dynan received her Ph.D. in economics from Harvard University and her A.B. from Brown University.