Recession Remedies in the Face of High Inflation

Fiscal and monetary policymakers will face a difficult challenge should the United States enter the next recession with inflation still at an uncomfortably high level. Recessions cause enormous and disproportionate pain to those who lose their jobs and see large declines in their financial resources. The typical path to fighting a recession is to increase aggregate demand and, concurrently, inflation — because policymakers usually have to stimulate the economy out of recession and bring inflation up from too-low levels. But, if inflation is already high when a recession hits, economic stimulus that notably boosts inflation would be unwelcome.

Why could inflation be too high at a time when business activity and the labor market are significantly contracting? First, if inflation expectations are elevated, this will keep inflation going (for a time) even in the face of declining demand. And second, if shocks continue to hit the economy that send prices ever higher, firms and households may need to make painful, long-term adjustments to those prices that slow the economy’s ability to grow. Having that lower path of potential output means the economy has less ability to meet a given level of demand. In either case, stimulating aggregate demand would worsen inflation.

Given the complications that high inflation in the midst of a recession would mean for monetary policy, what would be the role of fiscal policy? Fiscal policymakers should prioritize mitigating the pain of the recession in a targeted way without putting too much upward pressure on aggregate demand and inflation. The Hamilton Project and the Hutchins Center on Fiscal & Monetary Policy at the Brookings Institution published a book, Recession Remedies: Lessons Learned from the U.S. Economic Policy Response to COVID-19, offering recommendations for how to do this.

The crux of the findings from Recession Remedies — particularly the chapters on Unemployment Insurance (UI), economic impact payments, and the COVID-19 policy response to improve child well-being — is that the fiscal policy response could have been more effective if it were better-targeted and more rightly sized. Applying these lessons and policy recommendations to policy in the next recession would result in more optimal policies than were implemented in 2020 and 2021, but that requires investment in policy infrastructure now.

Take the example of UI. Congress and state governments should act now to expand eligibility for UI, invest in infrastructure to allow for temporarily dialing up wage replacement rates, work with firms and workers to increase take-up of work-sharing, and put in place accountability systems to minimize fraud.

Estimates suggest that roughly only 25 percent of unemployed workers are currently eligible for UI. That fraction is too small should the US tip into a recession. Low eligibility rates have long plagued the system and eligibility for UI was significantly but temporarily expanded in 2020 and 2021. However, changes were made so quickly that proper protocols and strong administrative procedures were not put in place. In addition to improving those procedures, the UI system also needs better infrastructure to target higher replacement rates in the face of a protracted downturn. As Ganong et al. write in Recession Remedies “with a typical replacement rate of 30–50 percent, regular UI cannot sustain families over extended periods of time.” Because in 2020 states lacked the ability to calibrate replacement rates based on individual circumstances, a fixed plus-up was put in place that resulted in most workers getting more on UI than their previous wage. The result was that recipients’ spending was higher on average than when they were employed. To be sure, if policymakers were not trying to stimulate the economy, that outcome would be a mistake. Finally, Congress should work to expand the reach and take-up of UI benefits for workers who lose hours but are not laid off. Those programs were underutilized in 2020 and 2021, and experience in Europe suggests that this approach can keep people attached to their jobs and reduce the disproportionate effects of a recession on the unemployed.

Another lesson from the response to the COVID-19 recession can be drawn for the use of economic impact payments (EIPs, also known as “rebate checks”). During the COVID-19 recession, EIPs were not targeted to those most affected by the recession and in need of financial assistance. That lack of targeting was deliberate and by design and in keeping with EIPs issued during previous downturns. If policymakers’ primary goal is to stimulate aggregate demand, targeting isn’t so critical: one priority is to give money to those who are likely to spend a large portion of an EIP. In addition, policymakers might view EIPs as insurance that fiscal support is reaching households who are affected by a recession and in need of assistance but are not sufficiently helped by targeted policies. That could occur because targeted support doesn’t reach eligible households or reaches them only slowly, or households in need aren’t eligible. Here, the lesson of the COVID-19 recession is that policymakers need better data to reach the households that fall through the targeted safety net. As Michael Gelman and Melvin Stephens write, “Our understanding of who received EIPs along with other benefits is poor because of a lack of public data.”

Children in lower-income families are particularly vulnerable to the effects of a recession, and the last few years offer useful lessons. As Anna Azier and Claudia Persico write, “A large body of research links income, health insurance, food security, access to high quality child care, and school spending to child health and school achievement outcomes.” The COVID-19 recession showed how to provide stability to children through expansion of the Child Tax Credit, eligibility to subsidized healthcare, and nutrition assistance. Those policies should clearly be part of the toolkit policymakers use to help families with young children who experience the negative effects of the next downturn.

Will the policies described above boost aggregate demand in the next recession and thus put upward pressure on inflation? Yes, a little. Would the Fed likely respond by making monetary policy less accommodative? Yes, a little. In the end, well-designed fiscal policy should help the hardest-hit and most vulnerable families; and, depending on the Fed’s actions, such targeted fiscal policy would result in only modestly higher inflation. That is absolutely a trade-off worth making.

When considering the breadth of the economic policy response to the COVID-19 recession, I wrote with Jason Furman and Tim Geithner that helping the most vulnerable weather a storm does not take outsized fiscal support: “To give a sense of magnitudes, outside of a recession, the amount of additional income necessary to pull all households out of poverty is about $175 billion. That suggests that preventing poverty from increasing in recessions . . . can be done at a comparatively modest cost.”

Based on the policies implemented since 2020, we learned how to keep poverty from rising in recessions. Regardless of what other forces are buffeting the economy, policymakers should not unlearn that lesson. 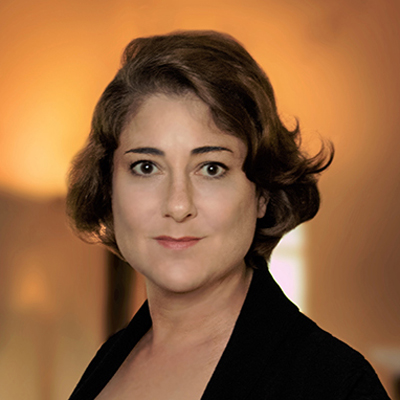 Wendy Edelberg is the director of The Hamilton Project and a senior fellow in Economic Studies at the Brookings Institution. Edelberg joined Brookings in 2020, after more than fifteen years in the public sector. She is also a Principal at WestExec Advisors. Most recently, she was Chief Economist at the Congressional Budget Office. Prior to working at CBO, Edelberg was the executive director of the Financial Crisis Inquiry Commission, which released its report on the causes of the financial crisis in January 2011. Previously, she worked on issues related to macroeconomics, housing, and consumer spending at the President’s Council of Economic Advisers during two administrations. Before that, she worked on those same issues at the Federal Reserve Board. Edelberg is a macroeconomist whose research has spanned a wide range of topics, from household spending and saving decisions, to the economic effects of fiscal policy, to systemic risks in the financial system. In addition, at CBO and the Federal Reserve Board, she worked on forecasting the macroeconomy. Edelberg received a Ph.D. in economics from the University of Chicago, an M.B.A. from the University of Chicago, and a B.A. from Columbia University.