It has been a rough few years for U.S. public finance. Record budget deficits, incurred to fight the pandemic, have pushed the stock of marketable treasury securities from $17 trillion in early 2020 to just over $23 trillion by mid-2022. This $6 trillion surge in U.S. public debt, in turn, has raised the country’s debt-to-GDP ratio to almost 100 percent. The CBO, moreover, is forecasting persistent budget deficits over the next thirty years and expects the debt-to-GDP ratio to eventually hit 185 percent in its baseline case.

These developments have many observers worried that U.S. economic policy may eventually fall into a regime of fiscal dominance, one where the Federal Reserve is forced to directly fund the Treasury Department to keep it solvent and, as a result, lose control of inflation. This outcome is certainly possible, but to know whether it is probable depends both on the expected path of interest rates on the national debt and on the likelihood of running persistent primary budget deficits going forward. There are good reasons to believe the former will remain low and manageable, while the latter could be more problematic and increase the likelihood of fiscal dominance. These reasons are considered next as well as a proposal for a U.S. sovereign wealth fund that flows out of them and would help impose fiscal discipline on U.S. economic policy.

The Expected Path of Interest Rates

The first important determinant of a country’s fiscal health is its financing costs. Standard debt-sustainability analysis tells us that if the average interest rate on the national debt remains below the economy’s growth rate, then the debt burden on the economy as measured by the debt-to-GDP ratio will shrink over time for a fixed stock of government liabilities.1 Alternatively, the government could maintain the same debt burden but run modest and persistent primary budget deficits in this environment.2 If interest rates, however, were to rise above the economy’s growth rate, then the debt burden would grow and strain the country’s fiscal health.

The key issue, then, is what will happen to the path of interest rates relative to the growth rate of the economy. The CBO, in its baseline case, sees the average interest rate rising to 4 percent while nominal GDP growth falling to 3.5 percent. The CBO estimates that this outcome would give rise to net interest payments that reach 7.2 percent of GDP and the 185 percent debt-to-GDP ratio mentioned earlier. In another scenario, the CBO shows that if the average interest rate rises to 5.4 percent, then net interest payments would hit 12.9 percent of GDP and the debt-to-GDP ratio would surge to 235 percent. Such high net interest costs and debt burdens are alarming and if they materialized could pave the way for a regime of fiscal dominance and higher inflation.

The bond market, however, says this outcome is unlikely. Forward yields on long-term treasury securities show future average interest rates near 2.7 percent along with inflation expectations near 2 percent. Traders in the bond market — the folks who have skin in the game — do not see rising interest rates or a looming inflation threat. Fiscal dominance is far from their baseline case. One way to make sense of their outlook to observe the effect on interest rates coming from the ongoing global safe asset shortage and the strong lock-in effects of the global dollar financial system.

A global shortage of safe assets, debt instruments expected to maintain their value in a crisis, began to emerge in the early 1990s and was evident in the downward trend of government interest rates in the decades that followed. This phenomenon arose because of several developments that created excess demand for safe assets: rapid income growth in emerging markets, the aging of the global population, increased risk aversion created by the Great Recession, and new regulations coming out of the Dodd-Frank Act and Basel III. Despite the surge in safe assets during the pandemic, the market’s expectation of low interest rates indicates it still sees these developments as creating excess demand for safe assets.

This lock-in effect can be seen in the Bank for International Settlement’s global liquidity indicator. It shows total global credit denominated in dollars hit $79.30 trillion in the first quarter of 2022. The next largest was Euro-denominated assets at $32.92 trillion. This chasm is not only large but has been expanding over time. This outcome is consistent with a dollar lock-in effect where investor demand for safe assets converges on the global dollar financial system and increasingly rely on it to supply safe assets. The Fed’s backstopping of the global dollar system in 2008-2009 and more recently in 2020 reinforces this lock-in effect.

Both the ongoing safe asset demand shortage and the global dollar financial system’s lock-in effect should continue to provide robust demand growth for U.S. government securities. This demand should keep interest rates low and below the growth rate of the economy. These developments, in turn, should help keep the debt burden manageable.

The Expected Path of the Primary Budget Balance

The blessings of a low interest rate environment do not come without their challenges. Low interest rates remove the disciplinary benefits that the threat of higher funding costs bring to bear on government budget plans. Congress, in other words, is not forced to recognize tradeoffs or make tough budgeting choices if it can simply roll over its debt at low interest rates. This public financing ease can create a complacency that eventually leads to unsustainable growth in primary budget deficits. Ironically, then, the low interest rates that initially support the fiscal health of the U.S. government may be the very thing that ultimately undermines it.

To illustrate this point, note that the CBO is projecting a gradual but sustained growth in primary budget deficits under its baseline scenario mentioned earlier. By 2052, it expects the primary budget deficit to hit 3.9 percent of GDP with the average interest rate topping off near 4 percent. Imagine, instead, that the interest rate average was closer to the 2.7 percent as expected by markets. This would significantly reduce net interest costs and make the U.S. debt burden more manageable. This is the blessing of low interest rates. The challenge, though, is that this easing of fiscal pressures could also lead to less fiscal restraint and allow the size of the primary budget deficit to drift up and offset the reduction in net interest costs. Over time, this would make the debt burden less manageable and push us closer to fiscal dominance.

What the low interest rate environment needs, then, is a mechanism that mimics the discipline created by higher government funding costs. James Broughel and I have argued that a U.S. sovereign wealth fund (SWF) that issues safe assets and invests in the economy is one way to accomplish this outcome. It would work as follows. First, the SWF would issue securities up to the point that it pushed market interest rates to more normal levels, say 4 percent. Second, the SWF would then take the proceeds and invest them in the economy in a manner that minimized price distortion. Third, every year the SWF would payout dividends to the public commensurate to its earnings.

These SWF features mean that Congress would face higher financing costs and get the budgetary discipline that it needs. Congress would also face the discipline of a very unhappy public used to dividend payouts if it tried to raid the SWF. These incentives would force Congress to recognize tradeoffs and make the tough budgeting decisions required to put the U.S. debt burden on a sustainable trajectory.

The SWF would be a major change for the U.S. government, but its ability to discipline economic policy in a world of low interest rates is an attractive feature that should be taken seriously if we believe markets are right about the future path of interest rates. Without it, we me find ourselves being lulled into complacency and, as a result, being sucked into a regime of fiscal dominance and high inflation. Here is hoping we can avoid that outcome.

1 Put differently, if the dollar size of the economy grows more rapidly than the government’s financing costs, the government can indefinitely roll over its debt and pay the debt servicing costs from a growing tax base. 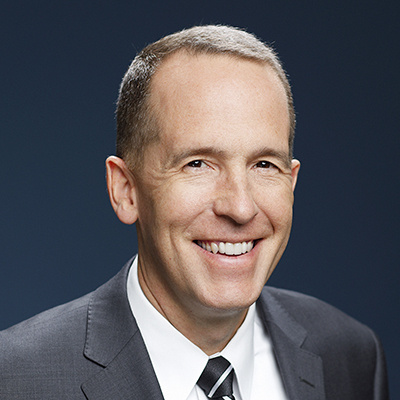 David Beckworth is a senior research fellow at the Mercatus Center at George Mason University and a former international economist at the US Department of the Treasury. He is the author of Boom and Bust Banking: The Causes and Cures of the Great Recession. His research focuses on monetary policy, and his work has been cited by the Wall Street Journal, the Financial Times, the New York Times, Bloomberg Businessweek, and the Economist. He has advised congressional staffers on monetary policy and has written for Barron’s, Investor’s Business Daily, the New Republic, the Atlantic, and National Review. David also hosts the weekly Macro Musings podcast.