The federal government finances its operations with taxes, fees, and other receipts collected from many different sectors of the economy. In 2019, total federal receipts were $3.5 trillion, or about 16.3 percent of gross domestic product (GDP). The largest sources of revenues are the individual income tax and payroll taxes, followed by the corporate income tax, excise taxes, and customs duties. Absent changes in tax laws, the total amount of revenues generally increases along with the economy. Individuals ultimately bear the burden of all taxes no matter the form by which they are imposed.

Understanding Who Pays Taxes and How

To assess whether the tax system is fair or not, it is important to look at all of the taxes that people pay, not just one particular form of taxation.

For example, while it is true that many people owe little or no individual federal income tax, there are many other kinds of taxes that apply to individuals. In fact, taxpayers whose incomes are in the bottom 90 percent of all incomes pay, on average, more in payroll taxes than in income taxes. At the other end of the spectrum, high-income Americans receive a significant amount of their income from capital gains and dividends, which are taxed at lower rates than wages and salaries. However, wealthier taxpayers also face higher tax rates on their other income and indirectly bear a greater share of the corporate income tax, which significantly raises their overall effective tax rates.

On aggregate, our federal tax system is structured to be generally progressive, with higher-income taxpayers paying a larger share of their income in taxes. However, the composition of taxes paid is very different for taxpayers at different ends of the income distribution. For low-income Americans, payroll taxes and excise taxes are the major forms of taxation; for high-income Americans, individual and corporate income taxes comprise most of their tax burden.

The income tax code also contains provisions that allow individual and corporate taxpayers to reduce their tax bills. Such special provisions — deductions, exemptions, deferrals, exclusions, credits, and preferential rates — are known as tax expenditures. In 2019, tax expenditures totaled approximately $1.5 trillion. That enormous amount equals nearly 80 percent of the revenues that the federal government actually collected in income taxes and exceeds what was spent by any single agency or spending program, including the Department of Defense and Social Security.

Tax expenditures work in various ways and take many forms, including:

For individuals, just six tax expenditures amounted to $821 billion in 2019 — more than half the cost of all expenditures combined.

Tax expenditures are often referred to as "spending in disguise," because lawmakers use the tax code to direct subsidies to specific constituencies and activities. Policymakers also use tax expenditures to influence consumer and business behavior. The mortgage-interest deduction, for example, encourages taxpayers to buy homes instead of renting. Similarly, depreciation provisions for businesses encourage new purchases of equipment. In addition, because tax expenditures subsidize "favored" activities, they can distort economic decisions in ways that reduce the productivity of our economy.

While budget process reform alone cannot substitute for better decision-making on fiscal policies and priorities, there are many reforms that would help encourage fiscal sustainability.

Tax breaks totaled nearly $1.5 trillion in 2019. To put that in perspective, that’s more than the government spends on Social Security, defense, or Medicare.
The Two Reasons Long-Term Economic Growth Will Slow 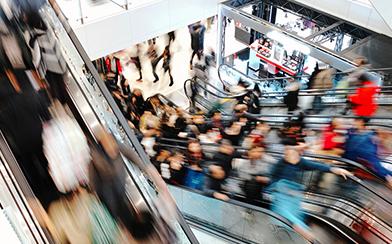 While the Tax Cuts and Jobs Act of 2017 will likely boost economic growth in the near term, the effects of the legislation are temporary.