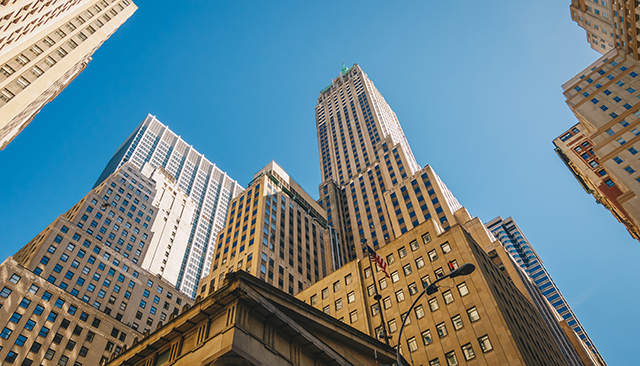 Real (inflation-adjusted) gross domestic product (GDP) grew by 3.2 percent in the first quarter of 2019, according to last week’s announcement by the Bureau of Economic Analysis. This growth number is preliminary, and will be revised in May.

The stronger growth recorded from January to March was an unexpected development after an increase of 2.2 percent in the last quarter of 2018. However, the numbers underlying this topline growth tell a more nuanced story. Growth was fueled largely by higher state and local government spending, private inventory investment, and exports. Consumer spending and business investment — large components of GDP growth — were weak.

Though growth for this quarter outpaced expectations, recent growth rates largely have conformed to forecasts, and many economists still expect growth to slow later this year as the stimulus from the Tax Cuts and Jobs Act (TCJA) and additional appropriations enacted in early 2018 begin to wear off.

Looking further into the future, forecasters believe that growth rates will continue to ebb as the GDP-boosting effects of the TCJA and increased appropriations continue to fade. The International Monetary Fund’s (IMF) forecast for growth in 2019 was revised downward earlier this month to 2.3 percent, due to the impact of the government shutdown and slightly lower-than-anticipated government spending. It expects growth to soften further to 1.9 percent in 2020.

Those projections are echoed by the Congressional Budget Office (CBO), whose most recent economic report projects annual GDP to grow by 2.7 percent in calendar year 2019 and 1.9 percent in 2020. By 2023, CBO projects that GDP growth will drop to 1.7 percent, while the IMF projects growth of 1.6 percent.

Normally, rapid growth in GDP would lead to a reduction in the deficit as revenues increase and spending for programs such as unemployment compensation decreases. However, despite the current economic expansion and low unemployment, our fiscal outlook is worsening — a highly unusual occurrence during a time of economic expansion. This is happening because the positive fiscal effects of economic growth have been more than offset by legislative changes that have widened the gap between revenues and spending. Both CBO and IMF expect that current levels of economic growth are temporary, as slow expansion of the labor force and levels of productivity similar to historical averages will limit GDP growth in the future.

Now, while the economy is strong, lawmakers should take advantage of the opportunity to get our fiscal house in order so that our nation is on a more solid fiscal footing and better prepared for unexpected events and lower rates of growth in the future.

Related: The Two Reasons Long-Term Economic Growth Will Slow, and Why The Boost From Tax Cuts is Only Temporary