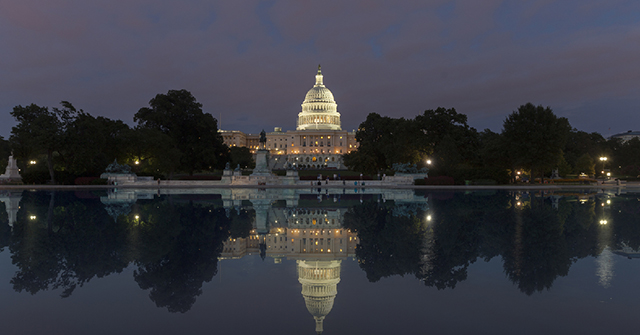 Today, the non-partisan Congressional Budget Office (CBO) updated its baseline budget projections. While the new projections do not contain substantial changes to the outlook that CBO published in January, the data confirms that the U.S. faces significant fiscal challenges in the future.

Federal Deficits are Projected to Continue Growing Over the Next Decade

CBO projections show that, under current law, the U.S. budget deficit will exceed $1 trillion each year beginning in 2022 and total $11.4 trillion over the upcoming decade. Relative to the size of the economy, CBO projects that the deficit will average 4.3 percent of gross domestic product (GDP) over the same time period — significantly higher than the 50-year average of 2.9 percent of GDP. Such large deficits are unusual during a period of economic expansion.

The National Debt Will Rise to Unprecedented Levels

As a result of growing deficits, the national debt will rise to historically high levels in the near future. In 2018, debt held by the public reached 78 percent of GDP. By 2029, CBO projects that the national debt will grow to 92 percent of GDP — the highest level since immediately after World War II. Thirty years from now — in 2049 — the federal debt would reach 147 percent of GDP. These high levels of debt could have severe consequences on the U.S. economy — reducing national savings, crowding out other investments due to higher interest payments on the debt, and limiting our fiscal capacity to respond to future economic downturns.

CBO’s baseline projections are intended to show the U.S. fiscal outlook if current laws remain unchanged. CBO also conducts an Alternative Fiscal Scenario to provide a picture of the fiscal situation under different assumptions than its baseline projections — for example, if funding cuts set to take place in 2020 to comply with caps on discretionary appropriations did not occur or if lawmakers prevented currently scheduled tax increases from occurring. In their Alternative Fiscal Scenario, CBO projects a more rapidly deteriorating fiscal outlook as deficits exceed baseline projections by $4 trillion over the next decade and reach a total of $15.4 trillion over that period.

CBO’s updated projections show that the U.S. is facing an unsustainable fiscal future. Policymakers should work to improve our fiscal outlook by stabilizing debt relative to the size of the economy, thereby benefiting all Americans.