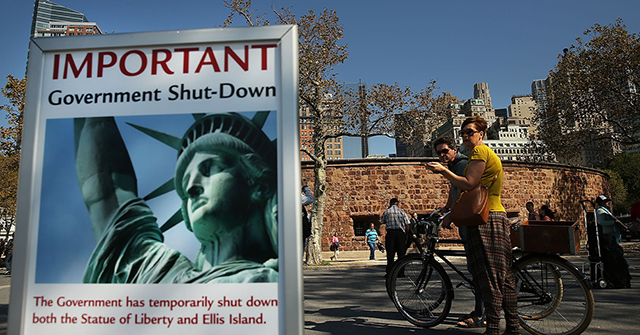 The drama surrounding government shutdowns frequently occurs around October 1, which marks the beginning of the government’s fiscal year. Often, however, lawmakers choose to pass a temporary funding bill (known as a continuing resolution) that expires after a designated timeframe, at which point there is another deadline to meet to avoid a shutdown.

There are many reasons government shutdowns are harmful, and here are a few.

It may be counterintuitive, but government shutdowns are expensive. A government shutdown pauses programs and government operations, only for them to eventually start up again, and that has costs. For example, the Office of Management and Budget (OMB) estimated that the lost productivity of government workers during the shutdown in 2013, which lasted 16 days, cost the government $2 billion.

More recently, a report issued in September 2019 by the Senate Permanent Subcommittee on Investigations found that the “last three government shutdowns cost taxpayers nearly $4 billion — at least $3.7 billion in back pay to furloughed federal workers, and at least $338 million in other costs associated with the shutdowns, including extra administrative work, lost revenue, and late fees on interest payments.” That assessment is an underestimate because it excluded substantial costs associated with several government agencies (including the Department of Defense), which were unable to provide complete estimates to the Subcommittee.

2. Government shutdowns are bad for the economy.

Government shutdowns can harm economic growth and certainty. A 2013 Macroeconomic Advisors paper found that government shutdowns can impose costs on the economy such as increased unemployment rate, lowering the growth in gross domestic product (GDP), and raising the cost of borrowing. The Bureau of Economic Analysis estimated that the government shutdown in October 2013 reduced fourth-quarter GDP that year by 0.3 percentage points. An S&P Global analysis found that a government shutdown in 2017 could have reduced real fourth-quarter GDP growth by $6.5 billion per week. The Congressional Budget Office estimated that the partial government shutdown that lasted from December 22, 2018 until January 25, 2019 reduced real GDP by $11 billion over the fourth quarter of 2018 and the first quarter of 2019 (although they assumed that much of that reduction would have been made up later in the year).

Additionally, a shutdown can cause disruptions in sectors of the economy. For instance, a Partnership for Public Service report noted that the last government shutdown halted two major Small Business Administration loan programs. Those programs typically dispense nearly $200 million a day to small and midsize U.S. businesses; lack of access to such loans hindered business plans and caused economic hardship for thousands of entrepreneurs and their employees. Shutdowns also impact regulatory offices like the Alcohol and Tobacco Tax and Trade Bureau within the Department of the Treasury. An example: Without the necessary certifications and approvals to operate, production for craft breweries throughout the country stalled, thereby reducing revenue for over 7,300 producers who provide more than 135,000 jobs.

While programs such as Social Security and Medicare would remain largely unaffected by a government shutdown, other programs and services could be interrupted by the temporary furlough of “nonessential” government staff. In 2013, OMB showed that the shutdown that year disrupted scientific research, services for veterans and seniors, and health and safety inspections by the Food and Drug Administration, the Federal Aviation Administration, and the National Transportation Safety Board, among other programs.

Shutdowns may harm recruitment and retention of quality staff. Experts interviewed by the Government Accountability Office noted that prolonged shutdowns may alter the perception of federal jobs and reduce the attractiveness of such jobs for younger workers. Such perceptions are already apparent in the federal government where, currently, just 6 percent of all permanent, full-time federal employees are under the age of 30; that age group makes up 21 percent of all private sector employees.

Engaging in fiscal brinksmanship is not an effective way of addressing our nation’s fiscal challenges. It delays the tough decisions and has real costs for the budget, the economy, and everyday Americans. Instead of governing by crisis, lawmakers should work together to create a long-term plan that addresses the growing mismatch between spending and revenue and puts us on a sustainable fiscal path.

Related: What Is a Continuing Resolution?