Uninsured Rate on the Rise Again As Nation Deals with COVID 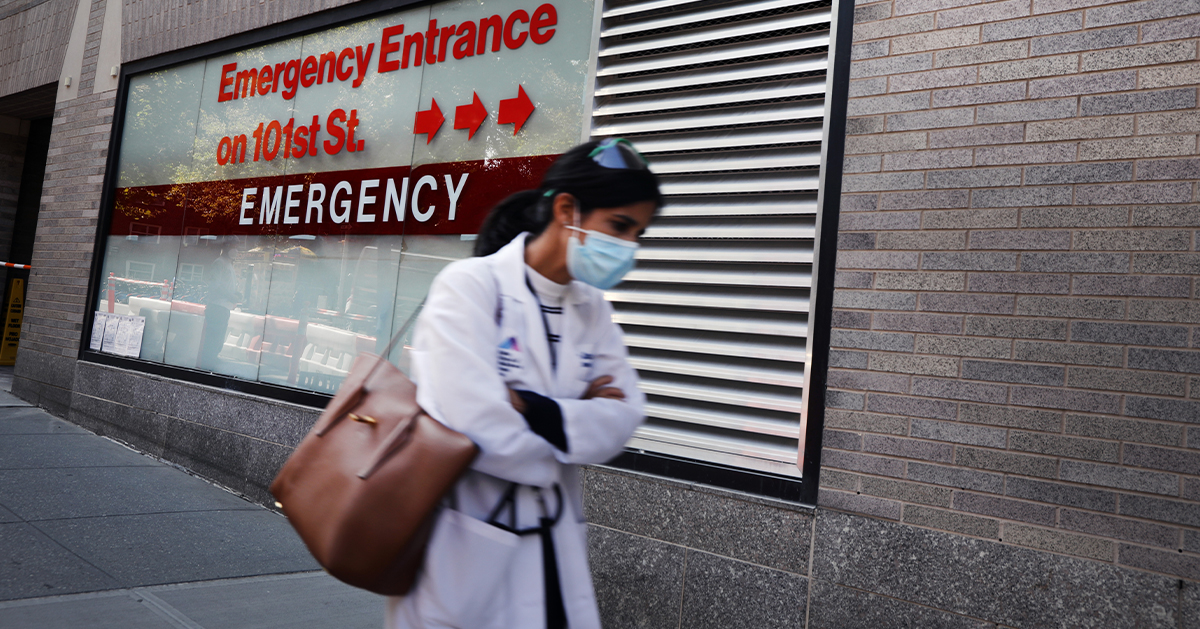 The report shows that in 2019, 29.6 million people (9.2 percent of the population) were uninsured, providing a baseline for understanding changes in coverage in the years leading up to the COVID pandemic.1

Why is the Uninsured Rate on the Rise?

Economic trends, demographics, and policy changes can influence access to care. In the decade before the enactment of the Affordable Care Act (ACA) in 2010, the uninsured rate averaged 14 percent. In 2014, provisions of the ACA went into effect, which enabled states to expand Medicaid eligibility and establish health insurance marketplaces. While outcomes varied by state, those policy changes contributed to a 3-percentage-point decrease in the national share of uninsured people that year. Additional states adopted the Medicaid expansion in the following years, contributing to subsequent declines in the uninsured rate.

In the last three years, however, limited funding for health programs and other policy changes may have caused the rate to creep up once again. Funding for certain outreach, education and enrollment assistant programs declined from $63 million in 2016 to $10 million in 2019, which in part contributed to lower enrollment in marketplace and Medicaid insurance programs. The increase in the uninsured is also partially attributable to a provision of the Tax Cuts and Jobs Act that repealed the individual mandate, which went into effect in 2019. Without a penalty for not having health insurance, some individuals opted to forgo coverage.

The Census report provides significant additional insights about the state of healthcare access in America as we approached a pandemic. Health insurance is provided through various sources in both the private and public sectors. The Census Bureau defines the programs in each sector:

In 2019, private insurance programs covered nearly twice as many Americans as did public programs. Coverage estimates are not mutually exclusive because people can be covered by more than one type of health insurance during the year. Of those with health insurance in 2019, 218 million people were enrolled in a private program and 114 million in a public program.

Employment-based plans accounted for more than half of the population with insurance; the next largest sources of coverage were Medicaid and Medicare. From 2016 to 2019, strong economic growth and low unemployment lifted enrollment in employment-based plans from 174 million people to 179 million. In that period, enrollment in Medicare increased by about 4 million individuals, climbing to 58 million in 2019; that change was mostly the result of growth in the number of people age 65 and over. Meanwhile, enrollment in Medicaid declined by about 2 million recipients, falling to 64 million in 2019 as states tightened eligibility for the program through renewal processes and periodic eligibility checks.

The uninsured rate declined through 2016 for all age groups following the implementation of the ACA. The uninsured rate for Americans age 65 and older did not change between 2016 and 2019; it remains the lowest of any age group with 96 percent of such individuals enrolled in Medicare.

In the period from 2016 to 2019, the uninsured rate for working-age adults — those between ages 19 and 64 — increased from 12.1 to 12.9 percent, the highest uninsured rate of all age groups in 2019. According to a Kaiser Family Foundation analysis, 74 percent of uninsured working-age adults in 2019 cited high costs as the reason why they lacked coverage. In states that did not expand Medicaid eligibility, many working-age adults fell into a “coverage gap,” earning too much to qualify for Medicaid, but not enough to qualify for premium tax credits that make purchasing private insurance in the marketplaces affordable.

The number of children covered by a guardian’s employment-based plan increased by about 700,000 between 2016 and 2019. However, those gains were more than offset by a decline of about 2 million in the number children covered by Medicaid, CHIP, and plans purchased from the marketplaces. Nearly three-quarters of that amount stemmed from disenrollment in Medicaid and CHIP as states implemented barriers associated with maintaining coverage including periodic eligibility checks. For example, some states may disenroll individuals that cannot confirm their eligibility within 10 days of receiving a request for information.

Heading into the pandemic, non-white groups of people had the highest rates of being uninsured; those are also the groups that have been the most heavily affected by COVID in regards to employment and health.

The Census Bureau report provides a useful snapshot of healthcare access in the United States before the pandemic. While the number and share of people with healthcare coverage has been declining, total U.S. healthcare spending is rising — and in fact is projected to rise to nearly one-fifth of the economy by 2025. The growing disparity in federal spending and coverage rates underscores the need to identify and implement solutions to improve healthcare performance in the United States, address a key driver of the federal debt, and better equip individuals to cope with serious threats to public health, like the coronavirus pandemic.

1 This blog is based on the American Community Survey interviews conducted in 2019. The coronavirus pandemic curtailed interviews for the Current Population Survey Annual Social and Economic Supplement conducted in 2020. Back to Citation.

Millions Gained Healthcare Coverage under Obamacare, But That Trend Is Reversing 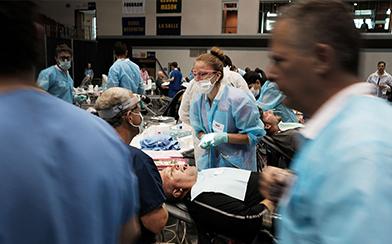 The proportion of the population who are uninsured began increasing in 2017.
10 Key Facts about Student Debt in the United States

While investing in a college education has undeniable, lifelong economic benefits, excessive levels of student debt can impose hefty financial burdens on borrowers.