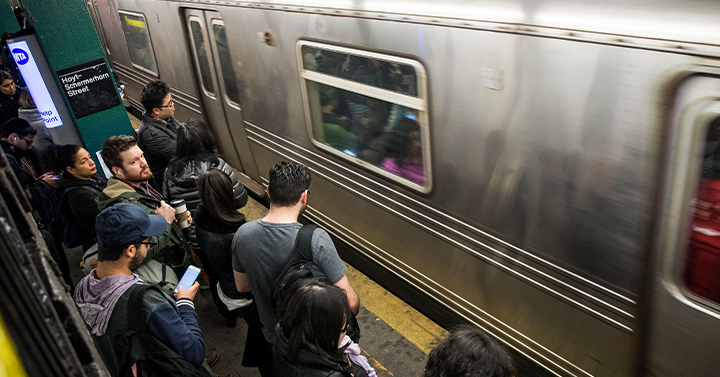 The United States faces a range of complex challenges, including deteriorating infrastructure, a changing climate, and an inadequate education system. However, over the past 50 years, the share of the federal budget devoted to future-oriented investments has declined. At the same time, the national debt as a share of the economy has grown to its highest level since just after World War II, threatening our ability to provide the resources needed to build a sustainable and equitable economy for the next generation.

Recent federal proposals would provide significant new funding for investment to address national challenges, but many questions remain. This piece looks at how well we are investing in our future, including the difference between investment and consumption spending, historical trends in those areas, and what it means for our fiscal and economic outlook.

In a report on budgeting for federal investment, the Congressional Budget Office (CBO) distinguishes between investment and consumption:

It is important to note that not every expenditure fits neatly into one category or the other. However, adopting the CBO distinction is helpful for historical comparisons and for exploring whether our country is pursuing the physical and intellectual tools that we will need to compete and thrive in the future.

In 2019, nondefense investment accounted for $306 billion, or about 7 percent of total federal spending. By comparison, that amount is:

At the same time, defense investment accounted for $219 billion, or about 5 percent of total federal spending, primarily for physical assets.

Funding for federal investment is almost all discretionary, meaning lawmakers revisit and decide spending amounts each year through the appropriations process. In contrast, consumption spending makes up a large part of what is known as mandatory spending, meaning that it is governed by provisions of permanent law that do not need to be considered annually. As a result, growth in mandatory spending for retirement programs and rising health costs — as well as mounting interest payments on the national debt — are likely to further squeeze spending categorized as investment. If current policies stay in place, mandatory programs and interest will make up 83 percent of federal spending by 2051 — and leave little room for much else.

Smaller sources of support include:

A Brief Spike in Investment

Federal spending on nondefense investments — especially education — spiked following the enactment of the American Recovery and Reinvestment Act (ARRA) in response to the 2007–2009 recession but declined through 2019. ARRA provided funding for significant increases in primary, secondary, and vocational education, including $40 billion in state stabilization funds to help avert education cuts. The policy also increased federal spending on Pell Grants and tuition tax credits, which are education awards made based on financial need. Recent COVID-related legislation similarly bolstered investment in education, though complete data is not yet available.

With regard to physical capital, ARRA also provided funding for transportation projects, energy and water infrastructure, and the modernization of federal buildings. Most of that funding was spent over the following few years.

The U.S. Lags in Infrastructure Quality

One way to gauge the cost of declining investment in our future is to look at the state of our nation’s infrastructure. According to the World Economic Forum, numerous countries now have better infrastructure than the United States. By not keeping up with the rest of the world, we are not only risking the safety and well-being of our population; we are putting our nation at a competitive disadvantage.

The Biden administration has proposed a $2.7 trillion package of legislation that would include new spending for long-term investment. Importantly, the administration has also proposed ways to pay for these priorities through changes to the tax code — though much remains to be seen as the legislative process unfolds.

The United States faces many critical challenges as well as an unsustainable long-term fiscal outlook. Addressing critical long-term challenges — from the environment to infrastructure to education — without securing our nation’s fiscal position only undermines our ability to actually achieve our goals. Unless our fiscal foundation is made more sustainable over time, we will not have the resources to make key investments in our future to ensure broad-based economic opportunity and security for the next generation.

Related: Infographic: What is in the American Jobs Plan?

For A Stronger Economy, Deal With The Debt
The Macroeconomic Gains from Stabilizing and Reducing Federal Debt
Census Bureau Report on Poverty and Health Insurance Coverage