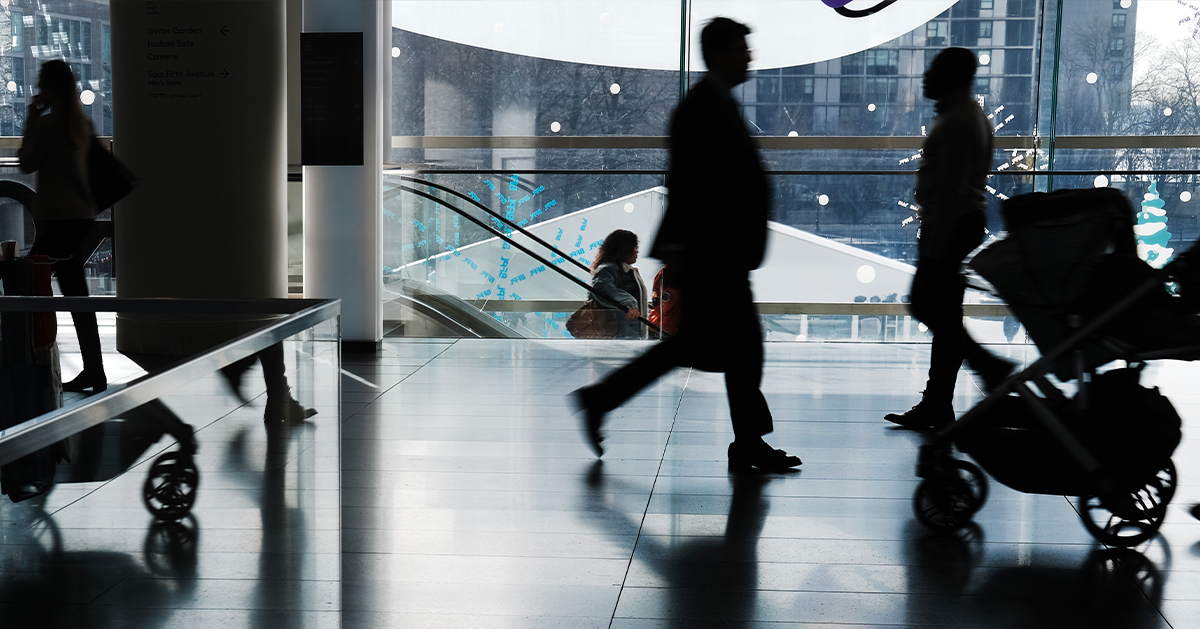 Real (inflation-adjusted) gross domestic product (GDP) grew by 2.1 percent in the 4th quarter of 2019 and 2.3 percent for the full year, according to preliminary data released by the Bureau of Economic Analysis.

Growth in 2019 was lower than the 2.9 percent growth in 2018. Key factors contributing to this drop include a significant slowing in the growth of nonresidential investment and, to a slightly lesser degree, slower growth in the consumption of goods and services. An increase in federal, state, and local government spending tempered those declines.

Looking ahead, economists project that current levels of growth will be roughly maintained this year. While the economy is expected to continue to expand over the next decade, growth is projected to be below current rates.

Growth Has Slowed Compared to 2018

Quarterly rates of growth in 2019 were mostly lower than in 2018, largely conforming to forecasted trends. Growth earlier in the year was spurred by fiscal injections into the economy, in the form of appropriations enacted in early 2018 as well as by the Tax Cuts and Jobs Act (TCJA), but these stimulus effects are now fading.

Growth Expected to Continue To Decline Further In Coming Years

Looking forward, forecasters believe that growth in 2020 will moderate somewhat from levels seen in 2018 and 2019. The International Monetary Fund’s (IMF) forecast for growth in 2020 is 2.3 percent, and it expects growth to soften further to 1.7 percent in 2021. This moderation is caused by the waning effects of tax cuts and increased spending. The IMF notes that risks to the outlook include tensions between the United States and Iran as well as a deterioration in economic relations between the U.S. and its trading partners.

Those projections are echoed by the Congressional Budget Office (CBO), whose most recent economic report projects annual GDP to grow by 2.2 percent for 2020 and 1.9 percent in 2021. By 2024, CBO projects that GDP growth will be 1.6 percent. CBO points to growth in consumer spending and business fixed investment as underpinning growth in the near term. In the longer term, growth will be restrained by rising interest rates, slowing growth in labor compensation, and a cooling of the fiscal stimulus.

The Deficit is Rising During a Period of Economic Growth

Normally, economic expansion contributes to a reduction in the deficit as revenues increase and spending for programs such as unemployment compensation decreases. However, despite the ongoing economic expansion and low unemployment, our fiscal outlook is worsening — a highly unusual occurrence. This is happening because the positive fiscal effects of economic growth have been more than offset by legislative changes that have widened the gap between revenues and spending.

Both CBO and the IMF assess that economic growth has cooled but will remain steady, as slow expansion of the labor force and levels of productivity similar to historical averages will limit GDP growth in the future. Now, while the economy remains strong, lawmakers should take advantage of the opportunity to manage our debt. There’s no reason to be piling debt onto future generations — especially during a strong economy — and there is no shortage of options to pay for priorities while improving our fiscal sustainability.

Related: The Risks of Running up Deficits When the Economy is Good