Would Increased Funding for the IRS Narrow the Tax Gap? 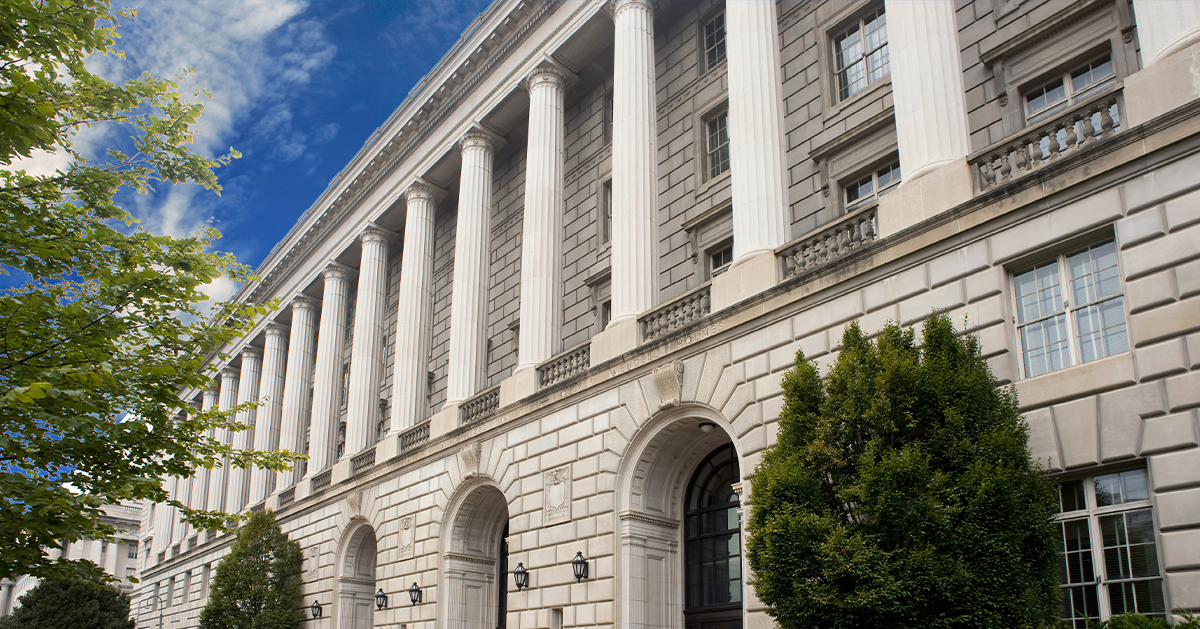 In his proposed budget for fiscal year 2023, President Biden requested $14.1 billion in funding for the Internal Revenue Service (IRS), an increase of $1.5 billion (12 percent) over the amount appropriated to the agency for 2022. The Biden Administration and many other observers argue that increased funding for the IRS would enhance tax enforcement efforts, which would help narrow the tax gap — the nearly half a trillion dollar annual difference between the total amount of taxes owed and the amount actually collected.

Here we examine the President’s proposal to increase funding for the IRS in greater detail, analyze the extent to which more funding impacts tax compliance and the tax gap, and look at solutions that might improve the nation’s unsustainable fiscal outlook.

What Is the Current State of the IRS’s Enforcement Capabilities?

The IRS is responsible for processing hundreds of millions of returns submitted every year by taxpayers and for ensuring that noncompliant taxpayers or entities pay what is owed. A substantial portion of the IRS’s total annual budget goes toward enforcement activities such as investigations, exams and collections, and regulatory compliance. The remainder of the IRS’s budget goes to taxpayer services, operations support, and business system modernizations.

Despite its critical role in ensuring tax compliance, the IRS has faced funding cuts for many years. According to a report from the Congressional Budget Office (CBO), total appropriations for the IRS fell by 20 percent between 2010 and 2018 (the most recent year for which complete data was available), while the total number of employees at the agency fell by 22 percent over the same period. What’s more, the total number of employees dedicated to enforcement declined from over 50,000 in 2010 to 35,000 in 2018.

As the size of the IRS’s budget and workforce declines, so too does the agency’s ability to properly enforce tax compliance. For example, the overall examination rate (the number of audits closed in a given year compared to the total number of returns filed in the previous year) fell by 40 percent between 2010 and 2018. More specifically, the examination rate for individual income taxes fell by 46 percent over that period, while the rate for corporate income taxes fell by 37 percent. The decline in the examination rates for both individual and corporate income taxes has led to a considerable reduction in the amount of additional taxes and penalties recommended by the IRS after audit, which in turn increases the total amount of unpaid tax debt and widens the tax gap.

What Is the Tax Gap?

Simply put, the tax gap is the difference between the total amount of federal taxes owed by taxpayers and the actual amount paid on or before the filing date. According to the most recent data available from the IRS, the average annual gross tax gap between 2011 and 2013 was estimated to be $441 billion. Over 70 percent of that gap was owed in individual income taxes, while unpaid employment and corporate taxes accounted for roughly 20 percent and 10 percent, respectively. IRS enforcement activities between 2011 and 2013 were only able to reduce the individual income tax gap by $43 billion, the employment tax gap by $5 billion, and the corporate tax gap by $10 billion. As a result, the net tax gap (the amount of tax that will remain unpaid after IRS enforcement activities or delayed payments are collected) was roughly $381 billion.

In a recent report, the Department of the Treasury highlights the inverse correlation between the dwindling IRS enforcement capabilities and the growth of the tax gap. Extrapolating growth from the IRS’s 2011 to 2013 data on the tax gap, Treasury projects that, in light of reduced funding for the IRS and the associated drop in staff, the tax gap in 2019 could have been as high as $630 billion, with roughly $3.6 trillion in taxes owed and just $3.0 trillion paid voluntarily. A tax gap of that magnitude carries with it significant fiscal implications. For one thing, $630 billion in owed but unpaid taxes in 2019 is equal to 64 percent of the $984 billion deficit that year and represents nearly 20 percent of total revenues collected by the federal government in 2019. That means that if the Treasury’s estimate is accurate, the United States could face a cumulative tax gap of nearly $7 trillion in lost revenue over the next 10 years, more than half of the total revenues the government is projected to collect over the same period.

How Can Increased Funding for the IRS Affect the Tax Gap?

Many policymakers argue that increasing funding for the IRS to bolster its enforcement capabilities would help narrow the tax gap. According to an analysis from the Committee for a Responsible Federal Budget, the vast majority (80 percent) of the average annual gross tax gap between 2011 and 2013 came from incorrect reporting, specifically underreporting income or over-reporting adjustments and credits. IRS revenue agents are responsible for handling complex enforcement cases, while revenue officers are responsible for managing difficult collections cases. Due to funding shortages, the number of revenue agents fell by 35 percent and officers by 48 percent between 2010 and 2018. It stands to reason that if funding and staffing shortages were addressed, the IRS’s ability to better enforce tax compliance would improve, and the tax gap would shrink, thereby improving our nation’s fiscal picture.

In President Biden’s 2021 Build Back Better proposal, the Administration called for a roughly $80 billion increase to the IRS’s funding over 10 years. The increased funding would go towards a variety of IRS activities, as well as to U.S. tax courts, the Department of Justice’s Tax Division, and the Treasury Inspector General for Tax Administration. According to an analysis from CBO, the proposal would grow the IRS budget by more than 90 percent by 2031 compared to July 2021 baseline projections, and more than double its staffing over the same period. CBO estimates that three-quarters of the $80 billion increase over 10 years would go towards bolstering enforcement efforts, which in turn would increase audit rates (particularly for wealthier taxpayers) and would provide the IRS with additional resources to conduct enforcement activity aimed at high-income taxpayers, large corporations, and other high-income entities. CBO estimates that the $80 billion in increased funding would yield additional revenues totaling $207 billion over 10 years, thereby decreasing the deficit by a net of $127 billion through 2031.

The Department of the Treasury’s analysis of the President’s proposal to increase IRS funding concludes that the policy could generate as much as $320 billion in additional federal revenues over the same period. Moreover, the analysis also notes that if the Administration was able to implement a component of its proposal to allow the IRS to use information that financial institutions already possess in order to audit more sophisticated tax evaders, the resulting revenue effect could be as high as $460 billion in additional taxes collected over 10 years. Finally, the analysis projects that once the overhaul of the IRS outlined in the President’s proposal is complete, the combined improvements could generate an estimated $1.6 trillion in additional tax revenues between 2032 and 2041.

The IRS has faced funding and staffing shortages for many years, resulting in less robust annual tax collections and a widening tax gap, which have raised questions about fairness and our fiscal outlook among many policymakers and citizens. Analyses from CBO and the Treasury conclude that providing additional funding and resources to the IRS to bolster its enforcement capabilities would have a positive effect on the accuracy of the collection of taxes owed as defined under existing law and subsequently on federal revenues, the tax gap, and the deficit. Increased funding for the IRS is just one of myriad policy options to reduce deficits and put the nation on a more sustainable long-term fiscal path.

Related: The United States Forgoes Hundreds of Billions of Dollars Each Year Due to Unpaid Taxes