Can a New Congress — and a Divided Government — Make Progress on Fiscal Challenges? 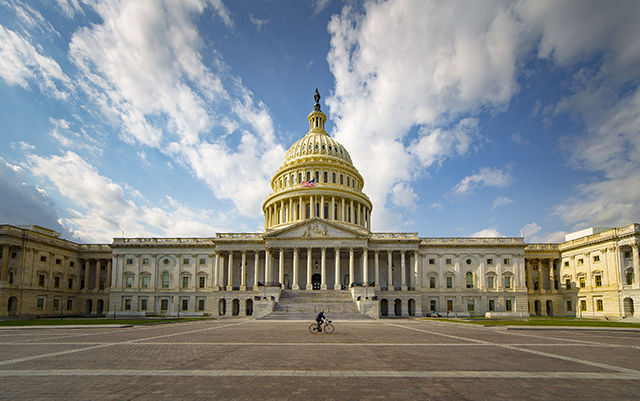 This week, lawmakers return to Washington as the 116th Congress convenes. A large number of new members will take office, including 10 new Senators and 100 new members of the House of Representatives. The 116th Congress also marks a return to divided government with the Senate controlled by Republicans and the House by Democrats. This new landscape in Washington means there is both a requirement and a valuable opportunity for lawmakers to work together on fiscal solutions.

The Big Picture: Rising Deficits and Debt Put Us on an Unsustainable Path

America is on an unsustainable fiscal path, made worse by tax and spending legislation enacted since December 2017. We could return to trillion-dollar deficits as early as this year, and interest on the debt will soon be the third largest federal program, outpacing spending on areas such as national defense and children. In fact, interest costs are projected to total nearly $7 trillion over the next decade — squeezing out national priorities, investments in our economy, and programs that are relied upon by millions of Americans. The International Monetary Fund has warned that this unsustainable fiscal outlook puts both the U.S. and world economy at risk.

As a new Congress is sworn in, the good news is that there are many available options to right the fiscal ship. Here are a few of the issues that the 116th Congress will have to deal with:

In late December, Congress and the President failed to come to agreement on appropriations, causing the government to enter a partial shutdown at the end of the day on December 21. Government shutdowns not only interrupt federal programs and services, but they are harmful to the economy and waste time and money.

Funding the Government for Next Year

While Congress still has to resolve the shutdown and finalize funding for Fiscal Year 2019 — which started more than three months ago — it must also begin work on appropriations for Fiscal Year 2020, which begins on October 1. The caps on such spending for next year are considerably lower than current funding levels. Congress will have to decide whether to spend more than the current limits and, if it does, whether to offset some or all of those costs.

In September 2017, Congress suspended the debt limit through March 1, 2019. If the limit has not been addressed by then, the Treasury Department will have to implement so-called “extraordinary measures” to pay the government’s bills and avoid a fiscal crisis. The Bipartisan Policy Center estimates that those measures will be exhausted sometime this summer. Not raising the debt limit can have serious consequences for both the federal government and the economy.

Both Republicans and Democrats have expressed an interest in dealing with the nation’s deteriorating roads, bridges, water systems, and other infrastructure needs. The President’s Fiscal Year 2019 budget included a framework for new initiatives, but the Congress has not progressed in consideration of the issue. On a related topic, the nation’s gas tax hasn’t been raised in 25 years, leading to a decline in purchasing power that has affected our ability to invest in road construction and maintenance as well as mass transit.

In 2018, the economy grew, but so did deficits. This combination is unusual, and may have significant implications for the budget and the economy that lawmakers will have to contend with in 2019 and beyond. The first year of implementation of the Tax Cuts and Jobs Act (TCJA) resulted in weak revenue growth and many economists fear that the boost to the economy will be temporary.

Looking out over the next year and beyond, the nation faces serious fiscal challenges — including an aging population and rising health care costs — that pose a threat to the future of our economy. There is no shortage of opportunities for lawmakers to come together to put us on a better, more sustainable path.