$9 Trillion Added to the National Debt over the Last Decade 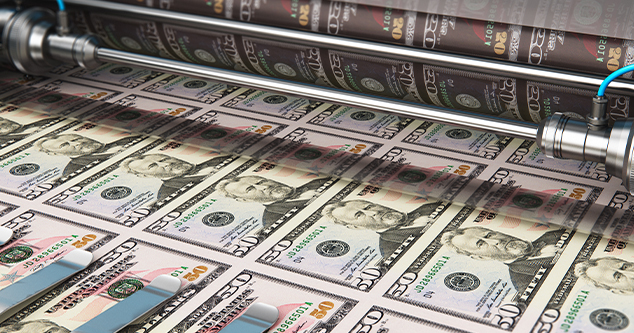 Over the past decade, the United States has added trillions of dollars to its national debt. Much of that growth in debt occurred as a result of the Great Recession and the fiscal policy response to it. Even before the recession, however, there was a structural mismatch between spending and revenues — and that mismatch has expanded in recent years even as the economy has experienced a long period of sustained growth.

How Much Debt Has Been Accumulated over the Past Decade?

The U.S. added about $9 trillion of debt over the past decade. At the beginning of fiscal year 2010, debt held by the public was 52 percent of gross domestic product (GDP), and by the end of fiscal year 2019 it had risen to 79 percent of GDP. That increase was the largest of any decade since the 1940s, when World War II pushed up the debt-to-GDP ratio by 36 percentage points.

What Caused that Rise in the National Debt?

The high level of borrowing over the past decade was due to a variety of factors. A decrease in revenues and an increase in spending around the time of the Great Recession led to unprecedented budget deficits. Some of that borrowing funded efforts to help accelerate the economic recovery and many economists argue that such borrowing was warranted.

Later in the decade, however, debt continued to mount even while the economy was growing and the unemployment rate was low — a highly unusual pattern. One major contributor to that pattern was the enactment in December 2017 of the Tax Cuts and Jobs Act (TCJA), which cut individual and corporate tax rates, thereby causing a substantial reduction in revenues. On the spending side, while the Budget Control Act of 2011 (BCA) attempted to control future appropriations, subsequent budget agreements ultimately allowed for higher spending levels.

Still, the economic downturn and recent legislation do not tell the whole story. A third reason that debt grew so rapidly during the last decade stemmed from the structural deficit that existed long before 2010 as the aging of the population and rising healthcare costs pushed up spending faster than the underlying growth in revenues.

As a result of the factors mentioned above, the government’s interest costs mounted. From fiscal years 2010 through 2019, the federal government’s net spending on interest exceeded its spending on other important areas of the budget such as benefits for veterans and investments such as education. Future budget decisions will be complicated by the significant amount of interest payments that will result from the debt already outstanding.

Given the size of the debt today, over the next decade, the government is projected to spend about $6 trillion on interest payments — more than it will spend on children. Addressing the national debt is critical to strengthening America’s economic future, because it would enable the U.S. to invest in crucial areas of the federal budget. Hopefully, policymakers can learn from the past decade and take the opportunity to correct our fiscal course.

Related: 11 Charts That Show How Our National Debt Grew In 2019

Summary of the 2009 Financial Report of the US
CBO: Recent Budget Deal Will Add $1.7 Trillion to the National Debt over the Next 10 Years
FY 2014 House & Senate Budget Proposals