Today, the Federal Reserve announced an increase in the federal funds rate to between 2.25 and 2.5 percent; that increase was the fourth so far this year. After a lengthy period of holding the federal funds rate close to zero in an effort to help the economy recover from the financial crisis, the Federal Reserve began increasing its target rate in December 2015. There have been seven subsequent increases since then; the most recent increase before today was in September 2018 and set a target rate between 2.0 and 2.25 percent.

The Federal Reserve sets policies to foster conditions that they believe to be consistent with achieving maximum employment, stable prices, and moderate long-term interest rates. Setting the target for the federal funds rate — the interest rate at which commercial banks lend to each other overnight — is therefore an important tool for the bank. That rate is the benchmark for Treasury bills and other short-term interest rates. Expectations about those short-term rates, combined with other factors, affect the longer-term rates that are applied to consumer borrowing such as for mortgages, car loans, and student debt.

The continued tightening of monetary policy should be viewed as a positive sign of economic strength — it demonstrates the bank’s confidence in the progress the economy has made toward its economic objectives. However, higher short- and long-term Treasury rates mean that the federal government’s borrowing costs will also rise, thereby generating significant consequences for the budget and the national debt. 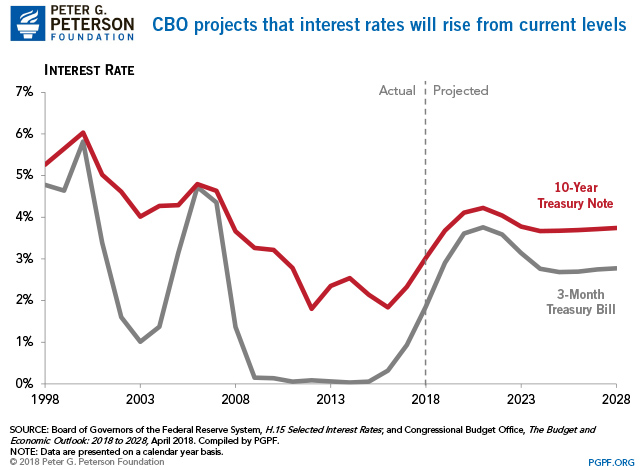 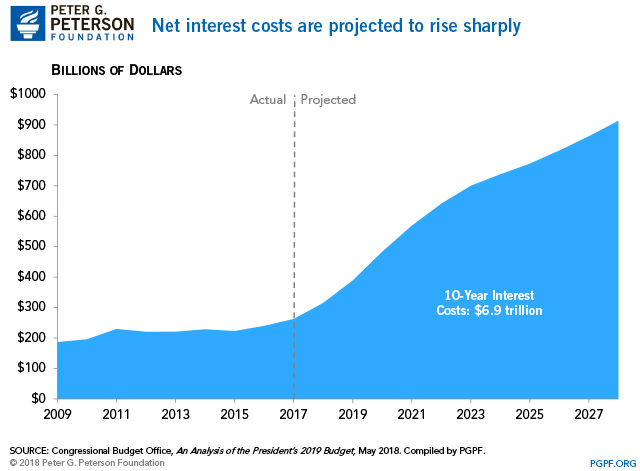 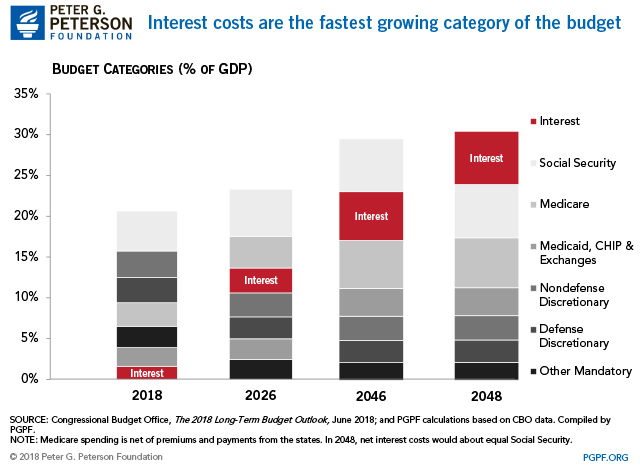 Ballooning interest costs threaten to crowd out important public investments that can fuel economic growth in the future. In its most recent long-term budget report, CBO estimates that by 2048, interest costs are projected to be more than double what the federal government has historically spent on R&D, nondefense infrastructure, and education, combined. 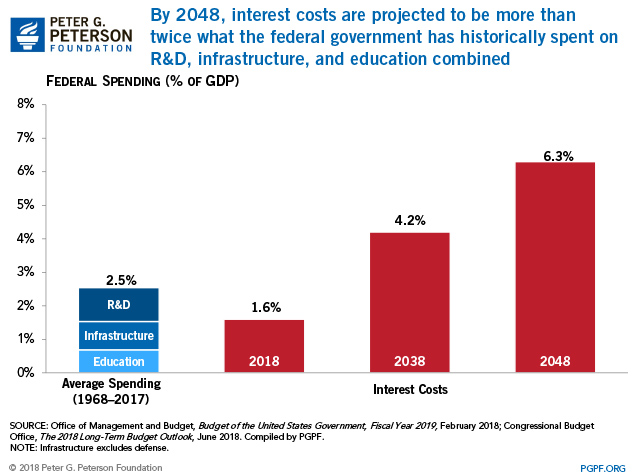 The long-term fiscal challenges facing the United States are serious. Deficits are on the upswing again and therefore will be adding significantly to national debt. To be clear, the culprit is fiscal policy, not the monetary policy conducted by the Federal Reserve. Congresses and Presidents of both parties, over many years, have avoided making hard choices about our budget and failed to put it on a long-run, sustainable path. In fact, the tax legislation that was enacted in December 2017 makes it even more difficult to achieve that sustainable path. However, as interest costs rise and with the deficit slated to reach $1 trillion as early as this fiscal year, it is vital for lawmakers to take action on the growing debt to ensure a stable economic future.