Economists Agree: The National Debt is a Long-Term Concern for America 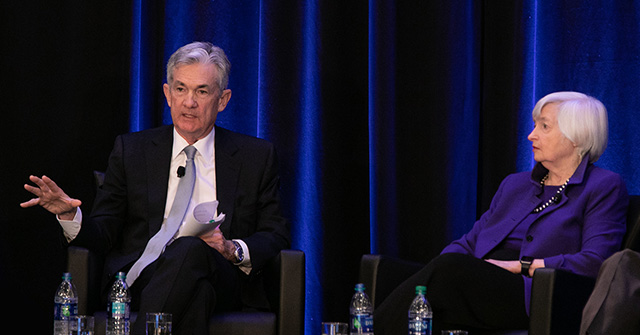 Although a range of views exists about optimal near-term fiscal policy, economists agree that America’s mounting debt presents significant challenges for our budget and the economy, particularly over the long term.

Below are a range of recent comments from leading economists on the effects of rising debt.

William G. Gale, the Arjay and Frances Fearing Miller Chair in Federal Economic Policy at the Brookings Institution, wrote in a column for CNN:

“Despite low interest rates, the fiscal outlook is generally worrisome. In the past, the deficit spiked only on a temporary basis — during recessions. Now, although the economy has grown for 10 years in a row and is near full employment, the deficit is high and, without any policy changes, will remain elevated … Over the longer term, rising payments for Social Security, Medicare, Medicaid and interest on debt will make government spending grow much faster than revenue, adding even further to our deficits.”

“The federal budget is on an unsustainable path with high and rising debt … I remain concerned that the high and rising federal debt can, in the longer term, restrain private investment and, thereby, reduce productivity and overall growth. Putting the federal budget on a sustainable path would aid the long-term vigor of the U.S. economy and help ensure that policymakers have the space to use fiscal policy to assist in stabilizing the economy if it weakens.”

“[T]he primary federal deficit in the United States is currently quite large. It’s around 2.6% of GDP, which is well above the level consistent with stability at anything near the current debt to GDP ratio, and it’s projected to rise much further as the population ages and entitlement spending rises relative to GDP. Absent changes in taxes or spending commitments, the U.S. debt to GDP ratio will rise very substantially in the decades ahead. I believe that needs to change to place the trajectory of the federal debt on a sustainable path over the long run.”

David Wessel, Director of the Hutchins Center on Fiscal & Monetary Policy, writing an overview on debt and deficits for 2020 voters explained:

“No one really knows at what level a government’s debt begins to hurt an economy; there’s a heated debate among economists on that question. If interest rates remain low, as anticipated, the government can handle a much heavier debt load than was once thought possible. But eventually private borrowing will be crowded out if the government’s debt continues to grow. Simply put, the federal debt cannot grow faster than the economy indefinitely so something has to give.”

“The fiscal red ink is a corrosive. It won’t tank the economy next year or even a decade from now, but it will steadily diminish it. Because a big deficit means the government must borrow heavily to pay its bill, all borrowers need to pay higher interest rates than they would otherwise.”

“This is really a crazy way to run a nation’s finances. Even in a period of low interest rates, it seems sensible to pay for things we consume this year with taxes raised this year and to reserve debt financing for expenditures that will provide benefits over multiyear periods, such as infrastructure. Paying for current expenditures particularly makes sense when the economy is operating at full employment and does not need any fiscal stimulus.”

“A high enough level of debt, and the associated decline in capital accumulation, eventually leads to an increase in the safe rate above the growth rate, leading to positive fiscal costs and higher welfare costs. Indeed, the trajectory of deficits under current fiscal plans is indeed worrisome.”

“Current deficits are unusually high for this stage of the economic recovery and yet these deficits are not pushing up interest rates or inflation. If the increased flow of deficits and the resulting higher stock of debt are not having obvious negative economic consequences, does that mean deficits don’t matter and policymakers should blithely put all of their preferences on the national credit card? My answer is no.”

“To run this kind of deficit when the economy is doing well (i.e., in this part of the business cycle) is irresponsible and creates real risks for the future.”

Phillip Swagel, the Director of the nonpartisan Congressional Budget Office, told the audience at the Committee for a Responsible Federal Budget’s annual dinner:

“CBO projects that the rising debt would dampen economic output over time. Also, rising interest costs associated with that debt would increase the federal government’s interest payments to foreign debt holders and thus reduce the income of U.S. households by increasing amounts. [High] and rising debt poses substantial risks for the nation. In particular, it increases the risk of a fiscal crisis.”

In an interview with Bloomberg Markets, Gian Maria Milesi-Ferretti, Deputy Director of Research at the International Monetary Fund, said:

“Clearly, in the U.S., we have what we call procyclical fiscal policy. We have the economy virtually at full employment but a large fiscal deficit and that is something that will have to be addressed.”

In an opinion piece for the Washington Times, Romina Boccia, Director of the Heritage Foundation’s Grover M. Hermann Center for the Federal Budget:

“By adopting a shared fiscal goal and a corresponding political commitment, U.S. legislators can control growth in spending and the debt before it is too late. America’s fiscal future depends on it.”

Related: Do Voters Care About the National Debt? The Polls Say They Do

Why Long-Term Debt Matters: An Explainer
Analysis: CBO Budget Outlook FY 2012–2022
After the Supercommittee, Fiscal Policy Questions Still Have to be Addressed