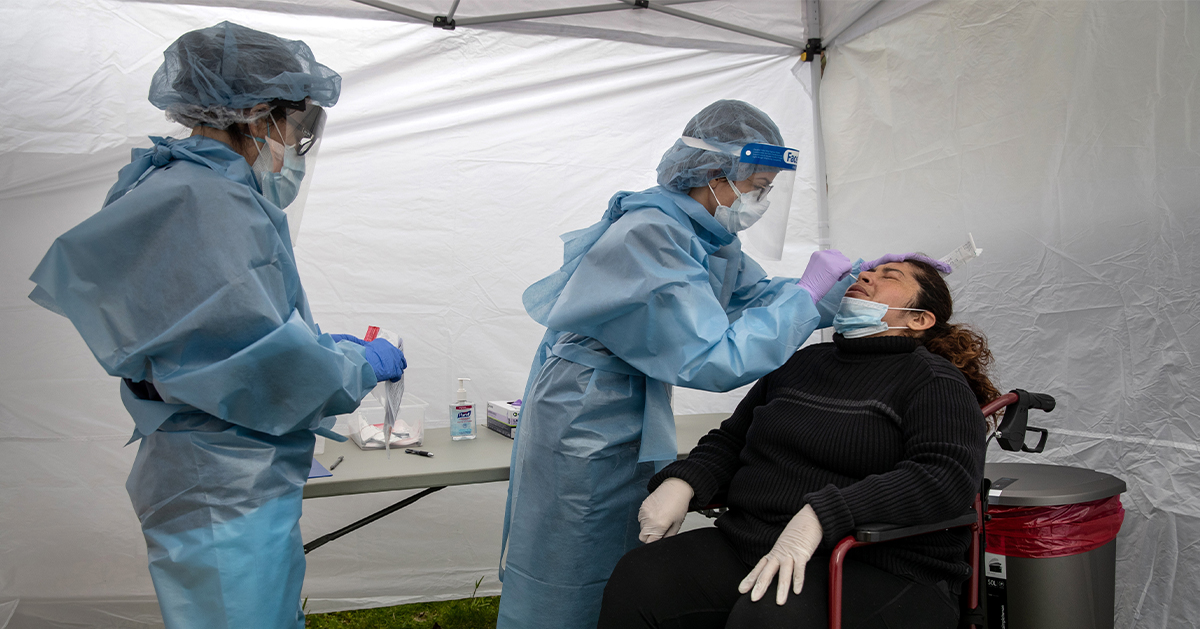 In 2021, as the coronavirus (COVID-19) pandemic continued, 27 million people — or 8.3 percent of the population — were uninsured, according to a report from the Census Bureau. While this represents a significant portion of the population without coverage during a major public health crisis, overall, the share of people without health insurance has been relatively stable over the past several years. Here’s a summary of the latest data to offer insights on how Americans currently get their coverage, how coverage differs across demographic and age lines, how the figures have changed over time, and how key federal programs like Medicaid factor in.

Uninsured Rates Before the Pandemic

In the decade before the enactment of the Affordable Care Act (ACA) in 2010, the uninsured rate averaged 15.0 percent. In 2014, provisions of the ACA went into effect which enabled states to expand Medicaid eligibility and establish health insurance marketplaces. While outcomes varied by state, those policy changes contributed to a 3.0-percentage-point decrease in the share of uninsured people nationally in the initial year. As additional states adopted Medicaid expansion in the mid-2010s, the uninsured rate continued to drop, falling below 10.0 percent and remaining there since.

Census data show that there were more people insured in 2021 than 2018 — an increase of 4.7 million people. The increase in insured people was driven by increased enrollment in government-sponsored health insurance. Changes in coverage between 2018 and 2021 may be related to changes in labor force composition throughout the pandemic and recent economic recovery, in addition to policies addressing the COVID-19 pandemic.

Census data show that the uninsured rate of 8.3 percent in 2021 was meaningfully different than the uninsured rate of 8.5 percent in 2018. The most notable change that contributed to this effect was that the percent of people covered by public health insurance increased by 1.3 percentage points between 2018 and 2021, which offset the decrease in private coverage. Specifically, Medicare coverage increased 0.6 percentage points from 17.8 percent to 18.4 percent over the year; and Medicaid coverage grew slightly more at 1.0 percentage point — from 17.9 percent to 18.9 percent.

The increased reliance on public health insurance stemmed from the fact many people became eligible for Medicaid and CHIP due to lay-offs and provisions in the Families First Coronavirus Response Act that required states to ensure continuous enrollment. Enrollment in Medicaid and CHIP has grown by 26 percent since the pandemic began, reflecting its counter-cyclical design.

The Census report also provides significant insights about the state of healthcare access in America during the midst of the pandemic. Health insurance is provided through various sources in both the private and public sectors. The Census Bureau defines the programs in each sector:

In 2021, private insurance programs covered nearly twice as many Americans as did public programs. Of those with health insurance in 2021, 216 million people were enrolled in a private program and 117 million in a public program. Coverage estimates are not mutually exclusive because people can be covered by more than one type of health insurance during the year, so the sum of those numbers are greater than the U.S. population.

Employment-based plans accounted for more than half of the population with insurance; the next largest sources of coverage were Medicaid and Medicare. From 2018 to 2021, enrollment in employment-based plans declined by about 65,000 people. In the same time period, enrollment in Medicare increased by about 2.5 million individuals, climbing to 60 million in 2021; that change was partly the result of growth in the number of people age 65 and over.

Uninsured rates differ across states and are largely dependent on whether a state expanded Medicaid eligibility. As part of the ACA, 32 states and the District of Columbia expanded Medicaid eligibility before January 2019. Since then, additional states have adopted a policy to expand eligibility, bringing the total to 39 states and jurisdictions. In 2021, nearly 62 million people were covered by Medicaid. Both Medicaid and CHIP provide health insurance coverage for vulnerable populations, including children. In 2021, the average uninsured rate for children in states that expanded eligibility was 4.0 percent, while states that did not expand Medicaid had an average uninsured rate of 7.1 percent. Similarly, a higher proportion of working-age adults were uninsured in states that did not expand Medicaid.

Every year since the enactment of the ACA, uninsured rates have been lower for all age groups than before its implementation. The uninsured rate for Americans age 65 and older only increased 0.3 percentage points between 2018 and 2021; it remains the lowest of any age group, with 93.4 percent of such individuals covered by Medicare in 2021.

In the period from 2018 to 2021, the uninsured rate for working-age adults — those between ages 19 and 64 — decreased from 11.7 to 11.6 percent. According to a Kaiser Family Foundation analysis, 74 percent of uninsured working-age adults in 2019 cited high costs as the reason why they lacked coverage. In states that did not expand Medicaid eligibility, many working-age adults fell into a “coverage gap,” earning too much to qualify for Medicaid, but not enough to qualify for premium tax credits that make purchasing private insurance in the marketplaces affordable.

For children under the age of 19, the uninsured rate decreased from 5.5 percent in 2018 to 5.0 percent in 2021. The number of children covered by a guardian’s direct-purchase plan decreased by about 289,000 between 2018 and 2021, but that was offset by an increase of 404,000 children who were covered by Medicaid and CHIP and a 133,000 increase in employment-based plans. Increases in enrollment may reflect changes in the economy, changes in policy, and the temporary impact from provisions from coronavirus-related legislation. For example, the temporary continuous enrollment requirement created by the Families first Coronavirus Response Act has reduced the loss of coverage in which enrollees unenroll and then re-enroll within a short period of time. Enrollment in Medicaid has increased for 28 consecutive months, but that monthly increase appears to be slowing down more recently.

Heading into the pandemic, non-white Americans had the highest rates of being uninsured. This still holds true in the data from the pandemic, as those are also the groups that have been the most heavily affected by COVID-19 in regards to employment and health. In 2021, 40.0 percent of the population were people of color, but they accounted for 62.8 percent of the uninsured population.

Looking ahead, policymakers should continue to work toward policies to improve the efficiency of the U.S. healthcare system, making it more accessible and affordable. Total healthcare spending in the United States is projected to account for nearly one-fifth of the economy by 2025. The federal share of that total is large and growing, which underscores the need to identify and implement solutions to improve healthcare performance in the United States, address a key driver of the federal debt, and better equip individuals to cope with serious threats to public health, like the coronavirus pandemic.