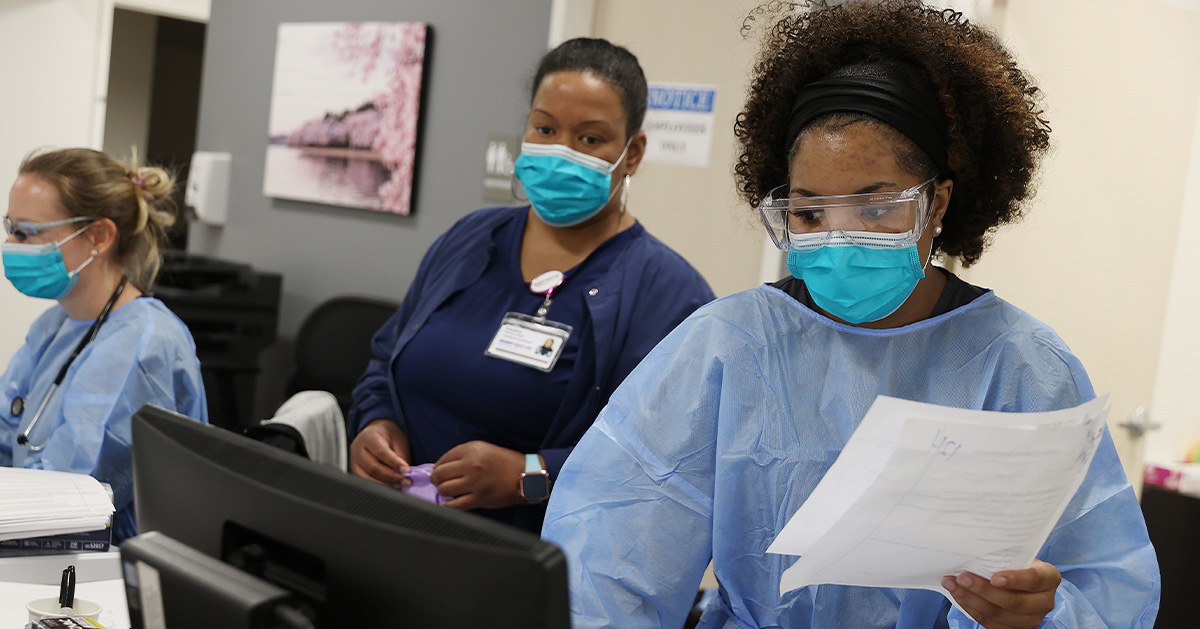 The United States has one of the highest costs of healthcare in the world. In 2021, U.S. healthcare spending reached $4.3 trillion, which averages to about $12,900 per person. By comparison, the average cost of healthcare per person in other wealthy countries is only about half as much. While the COVID-19 pandemic exacerbated the trend in rising healthcare costs, such spending has been increasing long before COVID-19 began. Relative to the size of the economy, healthcare costs have increased over the past few decades, from 5 percent of GDP in 1960 to 18 percent in 2021.

Generally, healthcare spending can be thought of as a function of price (dollars charged for healthcare services) and utilization (the amount of services used). There are several underlying factors that can increase price and utilization, thereby boosting spending on healthcare. The most notable of those factors are an aging population and healthcare prices.

The share of the U.S. population age 65 and over has increased significantly over the past several years, rising from 13 percent in 2010 to 16 percent in 2021. Furthermore, that number is projected to continue climbing – reaching 20 percent by 2030. Since people age 65 and over, on average, spend more on healthcare than any other age group, growth in the number of older Americans is expected to increase total healthcare costs over time.

Furthermore, as individuals turn 65, they will become eligible for Medicare, and the number of enrollees in the program — 65 million in 2022 — will grow substantially. The increase in enrollment is expected to significantly increase the cost of Medicare over time. In fact, the Congressional Budget Office projects that Medicare spending will double over the next 30 years relative to the size of the economy — growing from 2.9 percent of GDP in 2022 to 5.9 percent by 2052.

The Increasing Cost of Healthcare Services

Prices are another significant driver of healthcare spending in the United States; the cost of healthcare services typically grow faster than the cost of other goods and services in the economy. In the past 20 years, the Consumer Price Index (CPI) — the average change in prices paid by urban consumers for various goods and services — has grown at an average of 2.4 percent per year while the CPI for medical care has grown at an average rate of 3.4 percent per year.

There are many possible reasons for that increase in healthcare prices:

It would be one thing if our high healthcare spending led to better health outcomes. However, that is not the case in the United States. When evaluating common health metrics, the United States lags behind other countries despite spending more on such goods and services.

High healthcare costs put pressure on an already strained fiscal situation and are one of the primary drivers of the long-term structural imbalance between spending and revenues that is built into the country’s budget. Containing high healthcare costs is important for our nation’s long-term fiscal and economic well-being. For ideas on how to solve some of these issues, visit our Solutions page and the Peterson Center on Healthcare.