Panetta: U.S. Headed for a “Death Spiral” of Deficits and Debt Unless Lawmakers Act 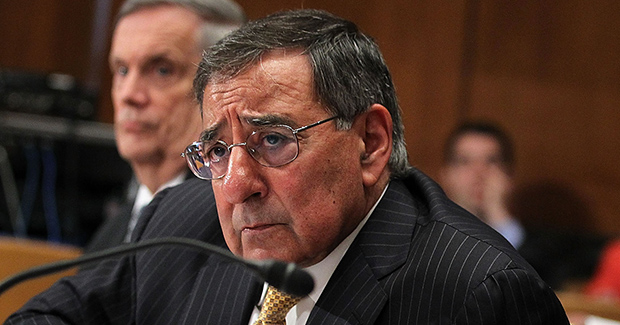 Unless Congress can set aside partisanship and address our nation’s fiscal challenges, the growing national debt will “seriously jeopardize and undermine the American economy,” according to former Secretary of Defense Leon Panetta, who testified today before the Joint Select Committee on Budget and Appropriations Process Reform.

Panetta said that “at the heart of the budget process is the future fiscal health of the nation,” and if policymakers don’t act, “interest on the debt will spin out of control . . . leading to a ‘death spiral’ of deficits and debt.”

Citing the latest projections from the Congressional Budget Office, Panetta noted that the federal debt is projected to climb from 78 percent of GDP by the end of 2018 to 152 percent of GDP in 2048. That size debt "will lead to slower economic growth, lower income, higher interest rates, ballooning interest payments, reduced fiscal space, weakened international leadership and increased likelihood of financial crisis. The U.S. will not be able to respond to economic crisis.”

Panetta, who co-chairs the Committee for a Responsible Federal Budget is also a former CIA director, White House Chief of Staff, Director of OMB and Chairman of the House Budget Committee. In his written testimony, he outlined a history of the budget process, ways in which the current process is broken, and ideas and recommendations to reform the process in a bipartisan way.

Earlier this year, the Peterson Foundation released a set of principles to fix our broken budget process in a way that improves our nation’s fiscal outlook. While budget process reform alone cannot substitute for better decision-making on fiscal policies and priorities, there are many reforms that would help encourage fiscal sustainability.