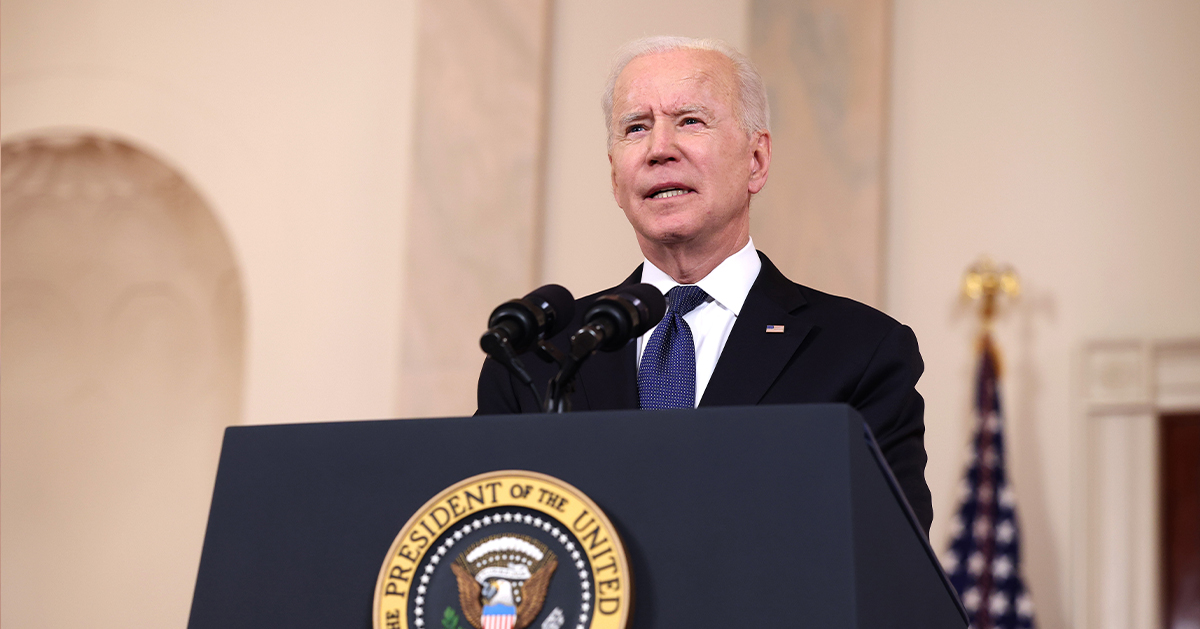 The President’s budget for fiscal year 2022 calls for a large increase in nondefense discretionary spending next year as well as substantial spending for infrastructure and social programs over the upcoming decade. The Administration proposes to increase revenues to cover the cost of their longer-term initiatives; however, those costs would not be fully offset during the traditional 10-year window, rather over a 15-year period. In addition, the underlying structural imbalance between revenues and spending that existed before the pandemic budget would remain, leaving an unsustainable fiscal outlook.

1. Debt would rise under the President’s budget. According to the Administration, debt held by the public as a percentage of gross domestic product (GDP) would increase from 110 percent at the end of 2021 to 117 percent in 2031. The ratio would reach the highest level in American history by the end of this year — exceeding the 106 percent of GDP recorded in 1946.

2. Under the President’s budget, annual deficits would remain above $1 trillion throughout the next 10 years. However, under the Administration’s estimates, their policies would reduce deficits by $1 trillion over the subsequent decade.

4. Nondefense discretionary programs would receive a significant bump. The agencies that would receive the largest percentage increases in funding would be: Education (41 percent); Commerce (29 percent); and Health and Human Services (23 percent).

5. The President’s budget projects moderate economic growth over most of the next decade. According to the budget, the economy will grow at an average of 2 percent (adjusted for inflation) over the next 10 years — generally in line with other forecasts.

The release of the Biden Administration’s first budget is a critical opportunity to discuss and consider our nation’s fiscal policies and economic future. The President calls for greater investment in many important national priorities, and identifies ways to pay for this new spending. However, the fiscal responsibility of those proposals depends on how temporary the spending is and how permanent the revenues are. Moreover, looking beyond new proposals, our overall fiscal outlook remains on an unsustainable path due to the underlying mismatch between spending and revenues. The budget notes that “over the long term, the United States does face fiscal challenges, driven principally by underlying demographic pressures on health and retirement programs and inadequate revenue levels.” As budget season gets underway, the President and Congress should work together to establish priorities that ensure economic growth and put America on a more solid fiscal foundation.

Related: What Does the National Debt Mean for America's Future?