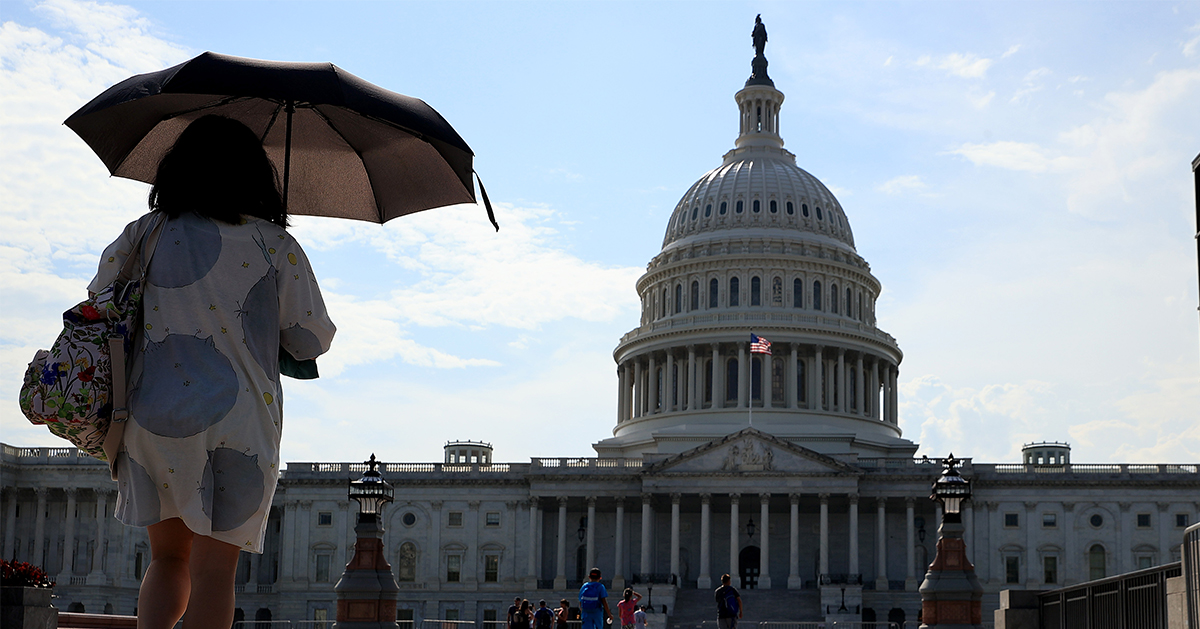 Because the United States’ debt and structural deficit are so large, interest rates on U.S. Treasury borrowing play a sizeable role in the country’s fiscal outlook. Due to the COVID-19 pandemic and the resulting monetary policy response, short-term interest rates are currently near zero and longer-term rates are historically low. As a result, interest costs at the moment are a relatively small portion of the budget. In fact, the federal government will likely pay less interest this year than it did last year, despite borrowing around $6 trillion over the past two years.

Looking ahead, however, interest rates will inevitably rise from today’s low levels. Even the small increases in interest rates expected by most economists over the next decade will substantially boost the federal government’s interest costs. Moreover, if rates are pushed higher than expected, the existing imbalance between spending and revenues would be further exacerbated, thereby fueling a more rapid rise in deficits and debt.

How Much Have Interest Rates and Interest Costs on the National Debt Varied in the Past?

Over the past 20 years, long-term interest rates have generally declined while short-term interest rates have fluctuated based on actions taken by the Federal Reserve. The interest rate for 3-month Treasury bills (a measure of short-term rates) often falls rapidly during recessions as the Federal Reserve uses monetary policy to address economic downturns; such low rates may remain in place for several years. For example, in response to the weakening economic conditions associated with the 2007–2009 recession, the Federal Reserve lowered their target for the federal funds rate (the rate at which banks lend to one another overnight) — pushing short-term interest rates down from around 4.5 percent in 2007 to near zero by 2009. While the recession ended in June 2009, the central bank maintained those low rates due to moderate economic growth and relatively high unemployment; they began raising rates in December 2015 as the economy grew and unemployment fell. When the economy stalled at the onset of the COVID-19 pandemic, the Federal Reserve utilized that same method — pushing interest rates lower to make borrowing more affordable for the federal government, businesses, and households in order to spur economic growth. The interest rate on 3-month Treasury bills declined from 1.57 percent in January 2020 to 0.07 percent as of August 17, 2021.

The interest rate on 10-year Treasury notes (an indicator for long-term rates) followed a more gradual decline than short-term rates over the past 20 years, although it still varied year-to-year. For example, the interest rate on 10-year notes fell during the Great Recession, dropping from 4.6 percent in 2007 to 3.3 percent in 2009. It continued to fall in the following years, dropping to 1.8 percent in 2012, but then fluctuated around 2.0–3.0 percent most years until 2019.

Economists are unsure about the exact causes of that decline and variation in 10-year rates, but factors such as a lower average rate of inflation, a slowing labor force growth, and less productivity growth may have contributed. More recently, long-term rates have fallen over the course of the COVID-19 pandemic, dropping from 1.85 percent in January 2020 to 1.26 percent as of August 17, 2021. That recent decline was partially due to the Federal Reserve ramping up its borrowing of long-term securities during the pandemic to help push those rates lower and therefore spur economic growth.

Meanwhile, federal borrowing has surged over the past several years. Debt held by the public has tripled over the past two decades — rising from 34 percent of gross domestic product (GDP) in 2000 to 100 percent in 2020. In the past two years alone, the United States has borrowed around $6 trillion, largely to finance the response to the pandemic. Despite that large increase in debt, the federal government’s net interest payments have stayed below 2 percent of GDP since 2001 because of low interest rates.

While interest rates are currently low, they are not expected to remain at those levels. In the Congressional Budget Office’s (CBO) most recent projections, the agency anticipates that short-term rates will rise to 2.4 percent in 2031 and long-term rates will rise to 3.5 percent over the upcoming decade. Those higher rates would contribute to growing interest costs for the federal government, which would rise from 1.5 percent of GDP in 2021 to 2.7 percent of GDP in 2031 under current law. Those higher interest payments would also add to the existing federal debt, which would grow from an estimated 103 percent of GDP at the end of this fiscal year to about 106 percent by 2031 — the highest in the nation’s history.

However, CBO notes that those projections are subject to uncertainty as several economic factors — such as inflation, the effectiveness of fiscal and monetary policies, the course of the pandemic, and the response of the global financial market — could cause interest rates to rise more rapidly or slowly than the agency has projected. For example, some analysts anticipate that the interest rate on 10-year Treasury notes could reach 1.75 percent by the end of this year — slightly higher than CBO’s baseline projections. If long-term rates reach that level and increase gradually to 4.0 percent in 2031 (which would be less than 1 percentage point below CBO’s annual baseline projections), net interest payments over the 2021–2031 period would sum to an estimated $7.7 trillion — about $1.9 trillion higher than CBO projected. Those higher payments would increase federal deficits by a similar amount and lead to an increase in the national debt, which would reach 113 percent of GDP under that scenario as opposed to the 106 percent projected under CBO’s baseline.

Higher Interest Rates Would Highlight the Need for Fiscal Sustainability

If interest rates continue to rise, stabilizing the nation’s fiscal trajectory would become increasingly difficult. As more federal resources are diverted to interest payments, there would be less available to invest in areas that are important for economic growth. For example, under CBO’s baseline projections, interest payments would rise from $331 billion in 2021, or 5 percent of federal spending, to $910 billion, or nearly 12 percent, by 2031. However, under the higher interest rate scenario described above, those costs would rise to an estimated $1.2 trillion, which would account for about 15 percent of federal spending and exceed outlays on defense and nondefense discretionary programs in that year.

By influencing the federal government’s borrowing costs, interest rates on U.S. Treasury securities play a significant role in the fiscal condition of the United States. If interest rates continue to rise at their anticipated level, the national debt will soon reach its highest point, relative to the size of the economy, in the nation’s history. If interest rates rise even faster, interest payments on the debt will soon exceed other key budget areas. Once the economy has fully recovered from the ongoing pandemic, policymakers will need to turn their focus towards the nation’s fiscal path and address the underlying drivers of the national debt.

Related: Interest Costs on the National Debt Projected to Nearly Triple over the Next Decade

Interest costs on the national debt are expected to rapidly outstrip spending on children in coming years.