Demographic Drivers of the Post-Recessionary Fertility Decline and the Future of U.S. Fertility

This paper examines trends in important demographic drivers of fertility—such as intentions for children, postponed childbearing, and unintended pregnancy—to better understand the implications of the recent fertility decline for future fertility patterns. In the most recent years for which we have data, intended fertility remained high (i.e. 2.11-2.63 children) among young women across nearly all demographic groups. Only women with no religious affiliation, a growing segment of the population, showed a preference for below-replacement fertility levels (less than 2.1 children). Among most subgroups analyzed, total intended fertility shifted downward after the Great Recession; reductions were largest for teenagers and women in their early 20s, who intended around 0.15 children less than earlier cohorts. On average, women who have recently completed childbearing fell short of meeting their intentions by 0.25 children; it is unclear how large this shortfall will be for younger cohorts, although new evidence indicates that the gap will likely be greater for millennial women with higher levels of education. The fall in fertility in the post-recessionary period was most pronounced for younger women, suggesting that part of the decline in total fertility may be transitional, as women shift to having children later in their lives. Total fertility rates (TFRs) that adjust for shifts in fertility timing show little evidence of decline; in 2016, for example, the adjusted TFR was 2.18, substantially higher than the observed TFR of 1.82. Finally, much of the fertility decline was driven by reductions in unintended pregnancy and births to Latinas. The future of U.S. fertility, therefore, rests on whether those who delay childbearing will ultimately meet their fertility goals, the long-term implications of a declining unintended pregnancy rate, and whether the post-recessionary drivers of Latina fertility will continue to affect fertility rates in the near future. 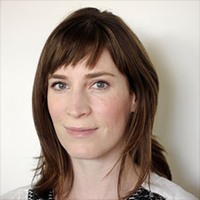 Dr. Gemmill is a classically trained demographer with primary interests in fertility, maternal and reproductive health, and life course and aging. She received her PhD in Demography from UC Berkeley in 2017 and is currently an Assistant Professor in Public Health at Stony Brook University. Her previous and current work on U.S. fertility examines fertility intention dynamics of childless women, state-level variation in fertility responses to the Great Recession, and explanations for the unprecedented, recent decline in non-marital fertility. She is a former NICHD and NIA predoctoral fellow in demography and has published lead-authored and collaborative work in journals such as Proceedings of the National Academy of Sciences, Lancet, Lancet Global Health, Demography, and Population and Development Review.