The Futures of Congress: Scenarios for the US 2050 Project

This paper uses a scenario-based approach to understand how Congress might function in 2050. At present, Congress appears to be underperforming due to high levels of polarization, hyper-partisanship, and gridlock. Notwithstanding these challenges, Congress will need to address several big and complex issues over the next three decades, including the demographic transformation of the United States into a majority-minority nation, the looming fiscal challenges facing the federal government, widespread automation in the economy, climate change, more diffuse and dangerous patterns of global conflict, and the rapidly evolving media and communications technology environment. The extent to which Congress will be able to respond to these challenges effectively will depend on whether politics in the U.S. will be polarized or pluralized, and whether the U.S. government will operate in a Hamiltonian or Madisonian pattern. The intersection of these two dimensions of uncertainty generates four plausible scenarios for how Congress, and American politics and government more broadly, might function in 2050. The paper seeks to illuminate what these scenarios would entail for policymakers, advocates, and interested scholars. The concluding discussion reviews the prospects for reforms that would be beneficial in light of the depicted scenarios. 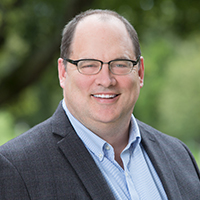 Daniel Stid leads the Madison Initiative at the Hewlett Foundation. The Initiative seeks to uphold key values and institutions of U.S. democracy in our polarized era. From 2006 through 2013, Daniel was a partner at Bridgespan, a nonprofit consultancy. From 1997 through 2005, Daniel worked as a management consultant at BCG. Earlier in his career, he taught political science at Wabash College and was a Congressional Fellow on the staff of the House Majority Leader. A graduate of Hope College, Daniel holds an MPhil in politics from Oxford University and a doctorate in government from Harvard University.

*This working paper was made possible (though it was not funded) by the US 2050 project, supported by the Peter G. Peterson Foundation and the Ford Foundation. The statements made and views expressed are solely the responsibility of the authors.