Race, Gender, and Money in Politics: Campaign Finance and Federal Candidates in the 2018 Midterms

As the U.S. population grows increasingly diverse, Congress, and particularly Republican members, continue to lag behind in representation of women and minorities. While the 2018 midterm elections ushered in a historically large group of new female and minority congresspeople, barriers still remain to minority candidates trying to run, raise money, and win. Collecting individual candidate data from the 2018 midterms, the authors study the fundraising of political candidates by race, gender, and political affiliation, pairing an email survey in which candidates self-identify race and gender with data on electoral outcomes. While Democrats ran more diverse candidates than Republicans in terms of women and people of color in the 2018 midterms, the Democratic candidate pool was still less diverse than the electorate, particularly in competitive races. Additionally, black women face disadvantages in fundraising, particularly from large individual donors. While women raised more money than men this cycle, much of this increase in female fundraising in 2018 was driven by female candidates raising a disproportionate amount of money from female donors. The authors suggest that although the 116th Congress is much more diverse than those prior, there remain significant barriers to disadvantaged groups in running for office. 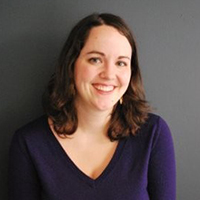 Sarah is responsible for overseeing the Center's data analysis and research collaborations. Previously, she was CRP's lobbying and revolving door researcher. Prior to joining OpenSecrets, Sarah was a doctoral student at the Ohio State University, where she also taught undergraduate political science courses. Her dissertation, "Politicians Behaving Badly: The Determinants and Outcomes of Political Scandal in Post-Watergate America," incorporates both original data collection and political experiments. She received her Ph.D. from Ohio State in 2014 and her B.A. in political science and biology in 2006. 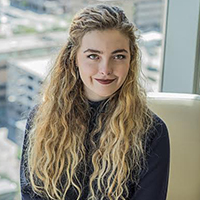 Grace is a Gender and Race Researcher and studies the intersection of gender and race of federal candidates and how it affects campaign fundraising, among other things. Prior to joining the Center, Grace worked as a research assistant for torture prevention academics, research institutions, and international human rights nonprofits, including the Danish Institute Against Torture in Copenhagen, Denmark. She has both political campaign experience as well as journalism and research experience concerning the intersectionality of gender and race.

*This working paper was made possible by the US 2050 project, supported by the Peter G. Peterson Foundation and the Ford Foundation. The statements made and views expressed are soley the responsibility of the authors.