How Will Retirement Saving Change By 2050? Prospects for the Millennial Generation

We consider prospects for retirement saving for members of the millennial generation, who will be between ages 54 and 69 in 2050. Adequacy of retirement saving preparation among current and near-retirees is marked by significant heterogeneity, a characteristic that will likely hold for Millennials as well. In preparing for retirement, Millennials will have several advantages relative to previous generations, such as more education, longer working lives, and more flexible work arrangements, but also several disadvantages, including having to take more responsibility for their own retirement plans and marrying and bearing children at later ages. The millennial generation contains a significantly higher percentage of minorities than previous generations. We find that minority households have tended to accumulate less wealth than whites in the past, even after controlling for income, education, and marital status, and the difference appears to be growing over time for black households relative to whites. Whether these trends persist is central to understanding how the Millennials will fare in retirement. 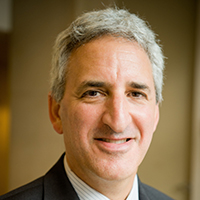 William Gale is the Arjay and Frances Miller Chair in Federal Economic Policy and a senior fellow in the Economic Studies Program at the Brookings Institution. His research focuses on tax policy, fiscal policy, pensions and saving behavior. He is co-director of the Tax Policy Center, a joint venture of the Brookings Institution and the Urban Institute. He is also director of the Retirement Security Project. He is a member of the Macroeconomic Advisers Board of Advisors since 2016. From 2006 to 2009, he served as Vice President of Brookings and Director of the Economic Studies Program. Prior to joining Brookings in 1992, he was an assistant professor in the Department of Economics at the University of California, Los Angeles, and a senior economist for the Council of Economic Advisers under President George H.W. Bush. 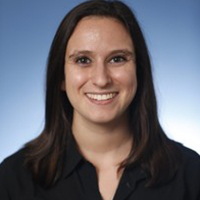 Hilary Gelfond is an MPP candidate at the Harvard Kennedy School (expected Spring 2020). She is a recipient of the John F. Kennedy Fellowship for exceptional academic ability and professional distinction. Gelfond previously worked as a Senior Research Assistant at the Urban-Brookings Tax Policy Center within the Brookings Institution. She graduated with distinction from Cornell University in 2016. She hopes to continue to work in the fiscal policy space to improve economic outcomes for Americans across the income distribution. 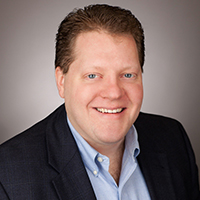 Jason J. Fichtner is a Senior Lecturer and an Associate Director of the Master of International Economics and Finance (MIEF) program. Fichtner first joined the SAIS faculty in 2011 as an adjunct professor, teaching courses in public finance and cost benefit analysis. Previously, he was a senior research fellow at the Mercatus Center at George Mason University. Fichtner served in several positions at the Social Security Administration, including as Deputy Commissioner of Social Security (acting), Chief Economist, and Associate Commissioner for Retirement Policy. He also served as senior economist with the Joint Economic Committee of the US Congress. Fichtner’s research focuses on Social Security, federal tax policy, federal budget policy, retirement security, and policy proposals to increase saving and investment. Fichtner earned his BA from the University of Michigan, Ann Arbor; his MPP from Georgetown University; and his PhD in public administration and policy from Virginia Tech.