The Role of Institutions in Shaping America’s Future Demographics

Mexicans, Chinese, and Indians make up the three largest immigrant populations in the United States. According to the U.S. Census Bureau’s 2016 American Community Survey, there are currently 11.6 million foreign-born Mexicans, 2.4 million foreign-born Chinese, and 2.4 million foreign-born Indians living in the U.S. Looking at these three immigrant populations, the author argues that U.S. immigration policies are at least as important as economic forces, like demand for certain types of labor, and networks, like established immigrant communities in the U.S., in determining when and from where people immigrate to the U.S. For instance, Indian and Chinese immigration picked up in the 1990s after the establishment of the H1-B visa, which provided a pathway for high-skilled workers, mainly in STEM fields, to immigrate to the U.S. legally. Mexican immigration slowed between 2000 and 2007, partially because the U.S. became more stringent in monitoring and enforcing immigration laws after 9/11. Nevertheless, there is some evidence that economic and network effects matter for Mexican immigration. Mexican immigration picked up during the Mexican peso crisis in 1994-95 and slowed during the Great Recession as demand for labor in industries like construction diminished. The experience of Mexican, Chinese, and Indian immigration suggests that U.S. immigration policies will play an important role in determining migration patterns over the coming decades and will therefore shape the composition of the American population in 2050. 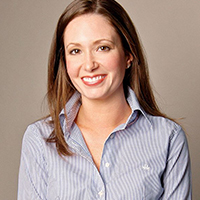 Jennifer D. Sciubba is an Associate Professor in the International Studies department at Rhodes College in Memphis, Tennessee and a Global Fellow with the Wilson Center in Washington, DC. Dr. Sciubba has studied at Germany's Max Planck Institute for Demographic Research, and is a former demographics consultant to the U.S. Office of the Secretary of Defense (Policy). She is the author of The Future Faces of War: Population and National Security (2011) and Everybody Counts (forthcoming, W.W. Norton 2019). Her research has appeared in numerous peer-reviewed journals and popular media outlets. Dr. Sciubba is also a member of the Council on Foreign Relations and Phi Beta Kappa. She received her Ph.D. and M.A. from the University of Maryland and her B.A. from Agnes Scott College.