Is the Drop in Fertility Due to the Great Recession or a Permanent Change?

In the United States, the current birth rate has declined since the Great Recession. The question is whether this decline is a temporary response to the economic downturn or a drift to the lower levels seen in many other large developed countries. This paper identifies factors from the literature — both cyclical and structural — that affect the fertility rate and estimates the magnitude of these effects based on the variation across states. The cyclical analysis shows that while the total fertility rate (TFR) generally appears to be pro-cyclical, it has not rebounded with the recovery from the Great Recession. As a result, the analysis decomposes the structural factors that affect fertility — race/ethnicity, education, religion, the opportunity cost for women, and the explicit costs of raising a child. The results show that an increase in the number of women with a college education, an increase in the ratio of child care costs to income, and an increase in the female-male wage ratio can explain more than half of the decline in the total fertility rate from the period of 2001–2003 to the period of 2014–2016. 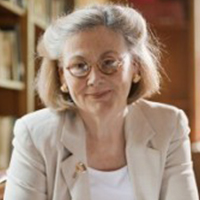 Alicia Munnell is the Peter F. Drucker Professor of Management Sciences at Boston College’s Carroll School of Management. She also serves as the Director of the Center for Retirement Research at Boston College. Before joining Boston College in 1997, Professor Munnell was a Member of the President’s Council of Economic Advisers (1995-1997) and Assistant Secretary of the Treasury for Economic Policy (1993-1995). Previously, she spent 20 years at the Federal Reserve Bank of Boston (1973-1993), where she became Senior Vice President and Director of Research in 1984. She has published many articles, authored numerous books, and edited several volumes on tax policy, Social Security, public and private pensions, and productivity. She is a member of the Board of The Century Foundation, the National Bureau of Economic Research, and the Pension Rights Center. Alicia Munnell earned her B.A. from Wellesley College, an M.A. from Boston University, and her Ph.D. from Harvard University. 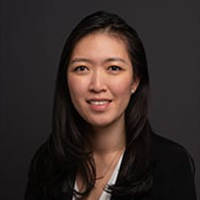 Anqi (Angie) Chen is the Assistant Director of Savings Research at the Center for Retirement Research at Boston College (CRR). She is interested in understanding how savings decisions, investment choices, and demographic shifts affect social insurance programs and household financial security. Prior to joining the Center, Angie was a credit and risk analyst specializing in commercial real estate portfolios. She holds B.A. honors with distinction in Economics and a minor in Political Science from the University of California, San Diego as well as a M.S. in Applied Economics from Boston College. 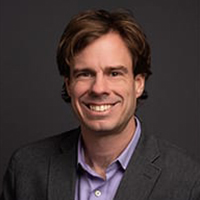 Geoffrey T. Sanzenbacher is the Associate Director of Research at the Center for Retirement Research at Boston College. He conducts research on health insurance coverage, job mobility, the shift from defined benefit to defined contribution pensions, and the pension participation decision and has an interest in how these issues relate to low-income workers. Before joining the Center, he earned a doctorate in economics from Boston College in the fields of labor economics, applied econometrics, and applied microeconomics. He worked for several years after finishing his Ph.D. as an economic consultant at Analysis Group in Boston. He also currently teaches intermediate microeconomics and the economics of inequality at Boston College.