The decennial Census provides detailed information about local labor markets but at very low-frequencies, making it diﬃcult for researchers to identify short-run eﬀects in local labor markets. Machine learning techniques open the door to studies analyzing local labor markets at high frequency by allowing researchers to analyze large text corpora, such as those found in classiﬁed ads. Motivated by Census tabulations showing a Cuban immigration surge in the Miami metro area around 1980, we document a decline in the Help Wanted Index, a monthly count of help-wanted classiﬁeds, for Miami relative to the Nation and South Atlantic as a whole. To demonstrate the power of unstructured text data to inform analysis in the future, we take a 1/29 sample of the Miami Herald’s classiﬁeds section over four years and conduct a supervised learning exercise demonstrating a statistically signiﬁcant decline in the fraction of job openings for roles typically associated with less-educated workers. We explore these results using topic modeling, which naturally generates occupational and industry categories with minimal researcher degrees of freedom. This exercise uncovers a statistically signiﬁcant increase in the proportion of job openings advertised for positions in accounting, sales, and engineering and a corresponding decrease in the proportion of job openings advertised for positions in the food and automotive industry. An analysis of the Current Population Survey’s Annual Social and Economic Supplement conﬁrms the relative importance of job openings for less-educated workers’ wage outcomes, but the linkage with employment outcomes is statistically indistinguishable from zero for workers of all education levels. We conclude with directions for future research and suggestions for agencies aiming to modernize their statistical releases. 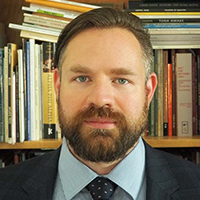 Dr. Anastasopoulos’ current research interests in the fields of statistics and computing include causal inference, experimental design and and analysis, machine learning methods for text and image classification with a special interest in Bayesian nonparametrics and stochastic optimization methods. His substantive interests include political behavior, political violence and American politics with a focus on race, ethnicity and migration in the United States. His current work has been published in Electoral Studies and the Journal of Legal Studies. 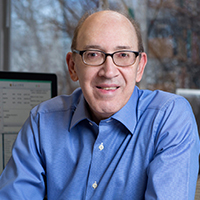 George J. Borjas is the Robert W. Scrivner Professor of Economics and Social Policy at the Harvard Kennedy School. He was awarded the IZA Prize in Labor Economics in 2011. Professor Borjas is a Research Associate at the National Bureau of Economic Research and a Research Fellow at IZA. Professor Borjas is the author of several books, including Immigration Economics (Harvard University Press, 2014), Heaven's Door: Immigration Policy and the American Economy (Princeton University Press, 1999), and the widely used textbook Labor Economics (McGraw-Hill, 2016), now in its seventh edition. His latest book is We Wanted Workers: Unraveling the Immigration Narrative, published by W. W. Norton in Fall 2016. He has also published over 150 articles in books and scholarly journals. His professional honors include citations in Who's Who in the World and Who's Who in America. Professor Borjas was elected a fellow of the Econometric Society in 1998 and a fellow of the Society of Labor Economists in 2004. In 2016, Politico listed Professor Borjas #17 in the list of the 50 "thinkers, doers and visionaries transforming American politics... For telling it like it really is on immigration." He received his Ph.D. in economics from Columbia University in 1975.

Gavin G. Cook is a PhD student in the Department of Sociology affiliated with the Office of Population Research and the Paul and Marcia Wythes Center on Contemporary China. His research interests include biosociology, text analysis, cultural sociology with an emphasis on discipline and organization, and the Pacific Rim with an emphasis on contemporary China. Gavin graduated from Princeton University in 2015 with a BA in East Asian Studies. Prior to matriculating to Princeton as a PhD candidate, he worked as a researcher at the University of Tokyo as an ITO Fellow and as a management consultant. 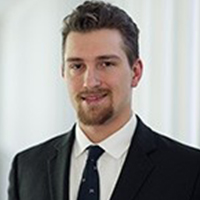