The Impact of Immigration Reform on Medicare’s Fiscal Solvency

In this study, we simulate the fiscal impact of a legal pathway to Medicare contributions and Medicare benefits for the undocumented immigrants in the United States. We model the revenue and expenditures for Medicare both under the current policy scenario (the “status quo” scenario: no direct legal access to Medicare contributions and Medicare benefits) and under a hypothetical reform scenario in which undocumented immigrants start to contribute to the Medicare Part A and Part B and D Trust Funds starting in 2018 and then start to claim benefits once they become eligible.

The fiscal impact of this hypothetical immigration reform on Medicare Part B and D will be mediated through the new federal individual income tax revenue from these legalized residents as well as other additional federal tax revenue associated with a gain in Gross Domestic Product. Similar to the simulation results for Medicare Part A, by 2027 and then by 2042, the additional federal tax revenue associated with the immigration reform scenario will be more than sufficient to cover the new expenses the legalized immigrants will incur. As we forecast the longer-term expenditures and revenue using the current 2018 CMS Trustees’ Report’s assumptions, however, the cumulative additional revenue is unlikely to cover these legalized immigrants’ Medicare Part B and Part D expenses.

While our prediction of short-term implications of immigration reform confirms projections from previous studies, the fact that the longer-term pattern differs from the short-term comparison is worth attention for policymakers. The actuarial deficit’s sensitivity to the rate of disability among undocumented immigrants also bears policy relevance for public health stakeholders. We conclude by discussing the limits of our methodology, especially the deep uncertainty associated with longer-term forecasting results. 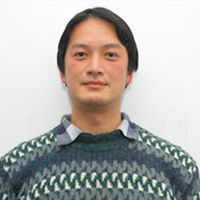 Lu Shi is an Associate Professor in the Department of Public Health Sciences at Clemson University. His research interests include simulation and modeling, empirical methods, health economics, and complementary and alternative medicine. He received his Ph.D in Policy analysis from RAND Graduate School in 2008 and his M.A. in Media Studies from Syracuse University in 2004. 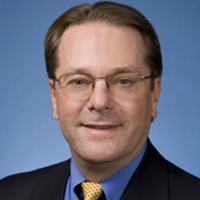 Gerald Kominski is a Professor of Health Policy and Management and Senior Fellow at the UCLA Center for Health Policy Research. His research focuses on evaluating the costs and financing of public insurance programs, including Medicare, Medicaid, Workers’ Compensation. Since 2010, his research has focused on evaluating the expected and actual impacts of health care reform under the Affordable Care Act (ACA). He has co-led the development of a microsimulation model (CalSIM) for forecasting eligibility, enrollment, and expenditures under the ACA in California. From 2003-2009, he served as Vice Chair for the Cost Impact Analysis Team of the California Health Benefits Review Program (CHBRP), which conducts legislative analyses for the California legislature of proposals to expand mandated insurance benefits. From 2001-2008, he was Associate Dean for Academic Programs at the UCLA School of Public Health.