This study examined how neighborhood disadvantage is associated with children’s trajectories of growth in math and reading skills in early elementary school to better understand how where children attend school affects their academic success, and how these associations vary by student characteristics. We used multilevel growth models with nationally representative data from the 2011 Early Childhood Longitudinal Study-Kindergarten Cohort (ECLS-K:2011) to examine how the poverty level of children’s schools relate to their initial levels and trajectories of growth in math and reading scores from Kindergarten through third grade, and how these trajectories vary by child gender, race, ethnicity, household poverty, whether parents were born outside of the U.S., and Kindergarten and early child care experiences.

More than one-quarter (27%) of children attended schools in communities of concentrated poverty (in which 20% or more residents were poor). Children attending elementary schools in higher-poverty communities – particularly moderate-high poverty communities (20-40% poverty) – had lower initial cognitive scores at the fall of Kindergarten and averaged lower scores through third grade. During Kindergarten, however, children attending schools in highly distressed communities showed 26 percent and 8 percent higher growth in math and reading, respectively, compared to their peers in schools in low poverty communities, but these higher growth rates were not large enough to close the initial gaps by neighborhood resources. Between the spring of Kindergarten and spring of first grade, this pattern reversed such that children in schools in high poverty neighborhoods grew at slower rates than their peers in low poverty neighborhoods in math and reading (27% slower in math and 13% slower in reading), widening achievement gaps. The growth rates of Black children appeared more vulnerable to the effects of attending school in higher-poverty neighborhoods than non-Black children, particularly between the second and third grades. By contrast, there was evidence that the neighborhood poverty-based gap narrows more for Hispanic children (in math), children with immigrant parents, and children in the highest poverty neighborhoods who had attended center-based early care and education (in reading).

Findings suggest that achievement gaps by neighborhood resources are large and present before Kindergarten, shrink during the Kindergarten year, but then widen the year following, and remain relatively consistent in the first years of elementary school. Results have implications for the academic preparation of the future workforce. 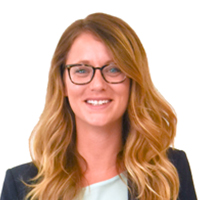 Katie Vinopal conducts research on vulnerable children and families. She is particularly interested in issues of representation, social and economic inequality, and poverty. She teaches Public Policy Analysis, Public Affairs Statistics, and a new course: Poverty, Inequality, and Public Policy. Dr. Vinopal received her Ph.D. in public administration from the School of Public Affairs at American University in Washington, D.C. and a B.S. in mathematics from Xavier University in Cincinnati, Ohio.

Prior to her academic career, Vinopal worked as a research assistant in the Center on Labor, Human Services, and Population at the Urban Institute in Washington, DC. There she conducted research on issues, policies, and systems impacting vulnerable families. Vinopal also worked on national and local hunger and food security issues in the nonprofit sector for the Food Research and Action Center in Washington, DC. Her research focuses on the factors that contribute to social and economic inequality, the impact on children and families, and the policies and programs that best address these challenges. Vinopal was a Network of Schools of Public Policy, Affairs, and Administration (NASPAA) emerging scholar in 2015. She has recently published in the Journal of Public Administration Research and Theory, Developmental Psychology, the Journal of Marriage and Family, Social Indicators Research, and Pediatrics. 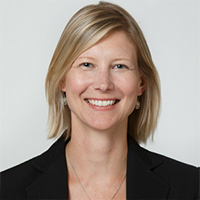 Taryn Morrissey is an Associate Professor of Public Policy in the School of Public Affairs at American University. Her work focuses on examining and improving public policies for vulnerable children, including early care and education, nutrition assistance, and public health policies. She is author of Cradle to Kindergarten: A new plan to combat inequality (Russell Sage, 2017). Dr. Morrissey has served as a policy advisor at the U.S. Department of Health and Human Services and on the staff of the U.S. Senate Health, Education, Labor and Pensions (HELP) Committee. She began her career in policy as a Society for Research in Child Development (SRCD) / American Association for the Advancement of Science (AAAS) Congressional Fellow. She received her Ph.D. in Developmental Psychology.