The Long-Term Fiscal Benefits (and Costs) of Better Disease Prevention

Using the Future Adult Model, a dynamic microsimulation of the U.S. population, we quantify the ﬁscal impact of preventing cancer, diabetes, heart disease, hypertension, lung disease, and stroke through 2050. These prevention scenarios are compared to baseline projections for ﬁscal outcomes, including Social Security Old Age and Survivors Insurance, Social Security Disability Insurance, Supplemental Security Income, Medicare, and Medicaid expenditures, as well as revenues from federal and state taxes. We estimate that perfect prevention of any of these chronic diseases could result in ﬁscal savings, with the largest savings ($3.4 trillion) for hypertension. Though the potential savings are large, they do not solve the solvency issues for programs like Medicare or Social Security. 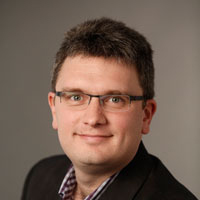 Bryan Tysinger is the Director of Health Policy Microsimulation within the Leonard D. Schaeffer Center for Health Policy & Economics at USC. Mr. Tysinger holds a Master’s Degree in Policy Analysis from the Pardee RAND Graduate School and a B.S. in Applied Mathematics from Harvey Mudd College. As Director, Mr. Tysinger oversees the technical development team and establishes priorities for development to support the Center’s goals. 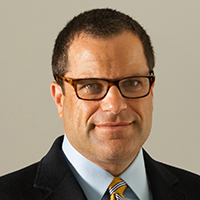 Dana Goldman is the Leonard D. Schaeffer Chair and a Distinguished Professor of Pharmacy, Public Policy, and Economics at the University of Southern California. He also directs the Schaeffer Center for Health Policy and Economics, a centerpiece of one of the nation’s premier health policy and management programs (ranked #3 in 2016 by US News & World Report). He also is a founder of Precision Health Economics, a health economics consultancy with offices nationwide. He is a health policy advisor to the Congressional Budget Office, Covered California (the California insurance exchange), the Fred Hutchinson Cancer Institute, and is a frequent speaker on health care issues. He is a founding editor of the Forum for Health Economics and Policy, and serves on several editorial boards including Health Affairs and the American Journal of Managed Care. He is a member of the board of directors for the International Society for Pharmacoeconomics and Outcomes Research and the American Society of Health Economists. Dr. Goldman’s work has been featured in the New York Times, Wall Street Journal, Washington Post, Business Week, U.S. News and World Report, The Economist, NBC Nightly News, CNN, National Public Radio, and other media.

Dr. Goldman has received several prominent awards. In 2016, he was appointed a Distinguished Professor at USC and in 2009 he was elected to the National Academy of Medicine (formerly the Institute of Medicine). He also was a recipient of the MetLife Foundation Silver Scholar Award, honoring his research to define the value of healthy aging and medical innovations to help individuals live healthier and longer lives; the Eugene Garfield Economic Impact Prize, recognizing outstanding research demonstrating how medical research impacts the economy; the National Institute for Health Care Management Research Foundation award for excellence in health policy; and the Alice S. Hersh New Investigator Award recognizing contributions of a young scholar to the field of health services research. Dr. Goldman is also an Adjunct Professor of Health Services at UCLA and a research associate with the National Bureau of Economic Research. Prior to 2009, he held the Distinguished Chair in Health Economics at the RAND Corporation and was the director of RAND’s program in Health Economics, Finance, and Organization and the Bing Center for Health Economics. He received his B.A. summa cum laude from Cornell University and a Ph.D. in Economics from Stanford University.