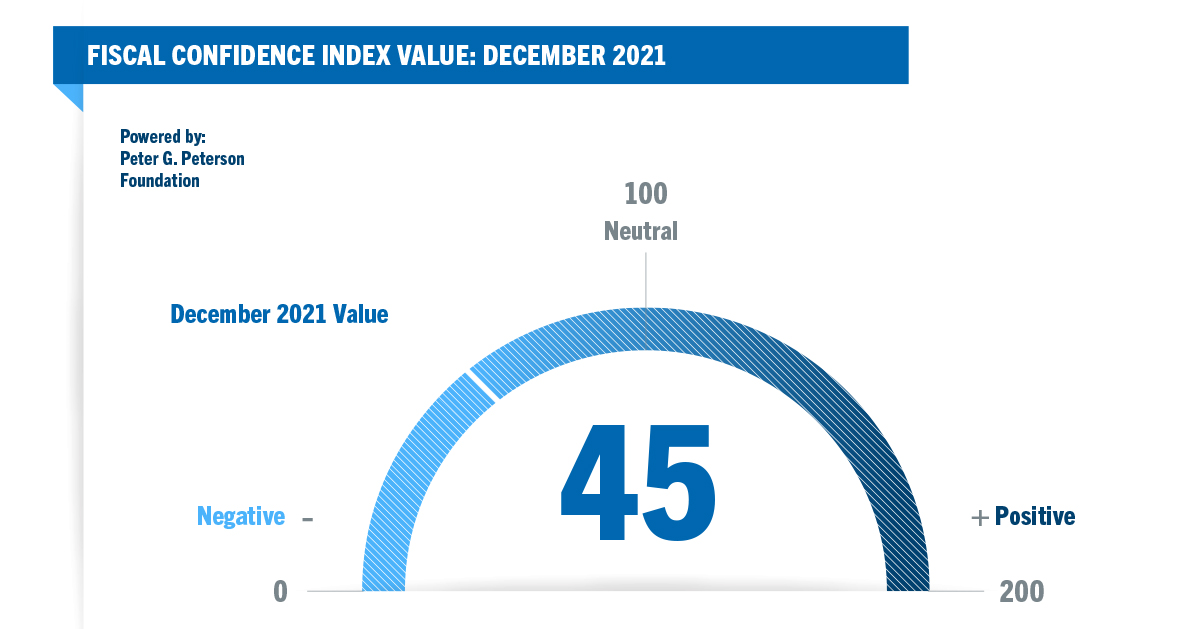 The Peter G. Peterson Foundation commissioned this poll by the Global Strategy Group and North Star Opinion Research to survey public opinion on the national debt. The online poll included 1,000 registered voters nationwide, surveyed between December 20, 2021 and December 22, 2021. The poll has a margin of error of +/- 3.1%. The poll examined voters’ opinions on the national debt, political leadership, and America’s fiscal and economic health.

The Fiscal Confidence Index value is derived from six questions in three categories: Concern, Priority, and Expectations. The December 2021 scores are: Concern (36), Priority (30), Expectations (56). For the complete methodology used to determine the Fiscal Confidence Index value, click here. For full results, including demographic information, download the PDF below: